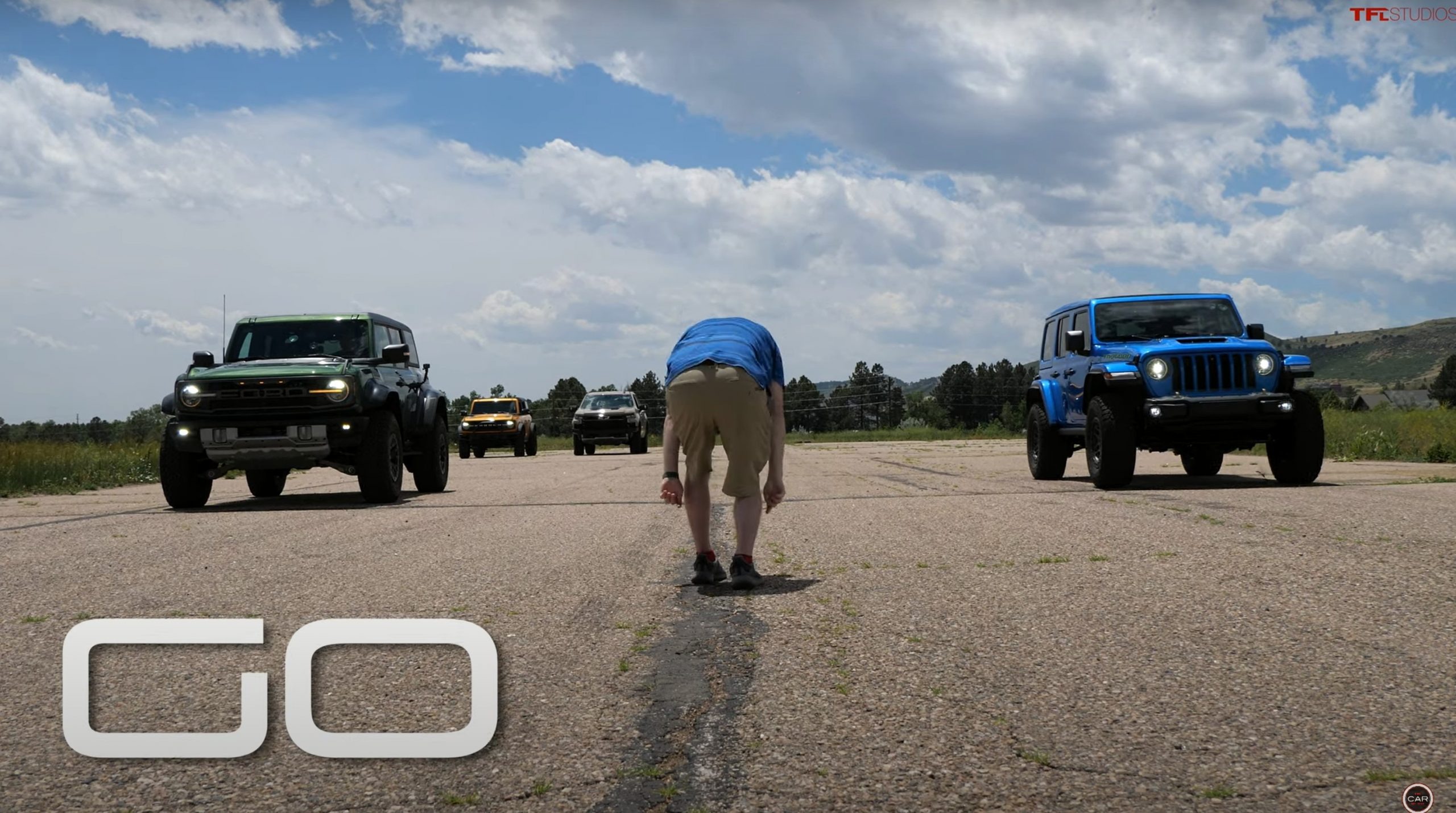 Both the Ford Bronco Raptor and the Jeep Wrangler 392 are Premiership League players, in the sense that both lead the rankings of their respective marque’s off-road vehicles. But how do they compare on tarmac?

Still, before you start watching, keep in mind that the race took place in the Colorado mountains at an altitude of approximately 1,600 meters (5,250 ft) above sea level. This implies thinner air with less oxygen to burn than usual. The non-turbo engine takes a considerable performance hit in this environment; so does the turbo V6, but to a lesser extent. In fact, the altitude might just even out the odds for the Bronco.

Will it, though? Watch the video and find out. Stay tuned for a Bronco First Edition cameo further into the race.