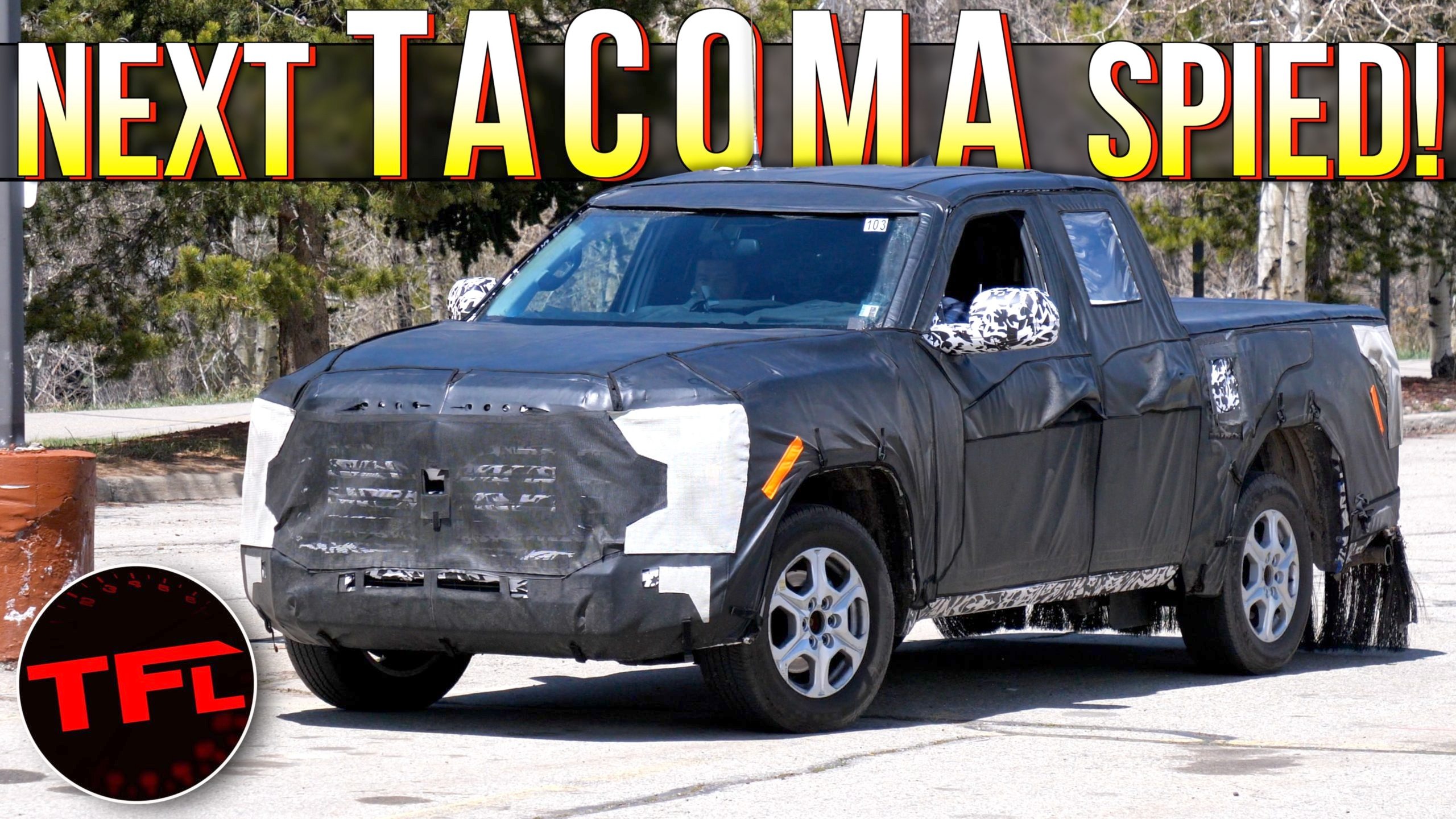 TFLNow has uploaded a new video to YouTube showing a heavily disguised Tacoma pickup wrapping up its high-altitude tests before production. This would not be the first time we are seeing the new Tacoma from the outside, but the interior is new.

It looks like the next-gen Tacoma will inherit some design traits from the larger Tundra model. Aside from major exterior upgrades, it is expected to get an overhauled cabin layout with two large displays. One can be seen in the attached video.

Rumor has it the new Tacoma will be based on the same TNGA-F platform as the new Tundra and Land Cruiser. As such, it may ship with a four-cylinder turbo engine, although this is by no means official yet.

The current generation of the truck came out in 2016 and received a mid-life refresh in 2020.