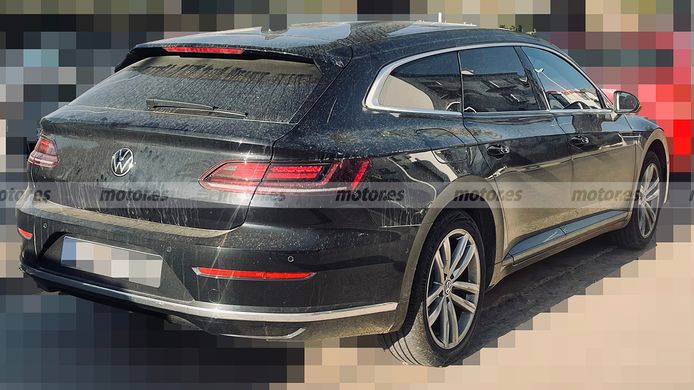 As evidenced by these shots procured by Motor.es, Volkswagen is getting ready to update its Arteon lineup. The car looks largely the same on the outside, but the interior is dramatically different with a big display on the dashboard.

Small body moldings are the only obvious change on the outside, and they might as well be concealing Level 2 self-driving electronics. On the other hand, the car looks like it could be a test mule; in this case, we have yet to see the new production body.

The display inside measures 12-13 inches across, a huge step up from the current 8 inches in the top spec. Covers can be seen on the center tunnel and around the dashboard, suggesting that the dash display – which is currently 10.2 inches large – may also get updated later.

As for the engines, they should largely stay the same, although 48-volt starters may be added for greater fuel efficiency.

Motor.es believes this will be the last facelift for the Arteon. The previous one was a couple of years ago (see video), and the new one is expected to arrive in the second half of 2023.