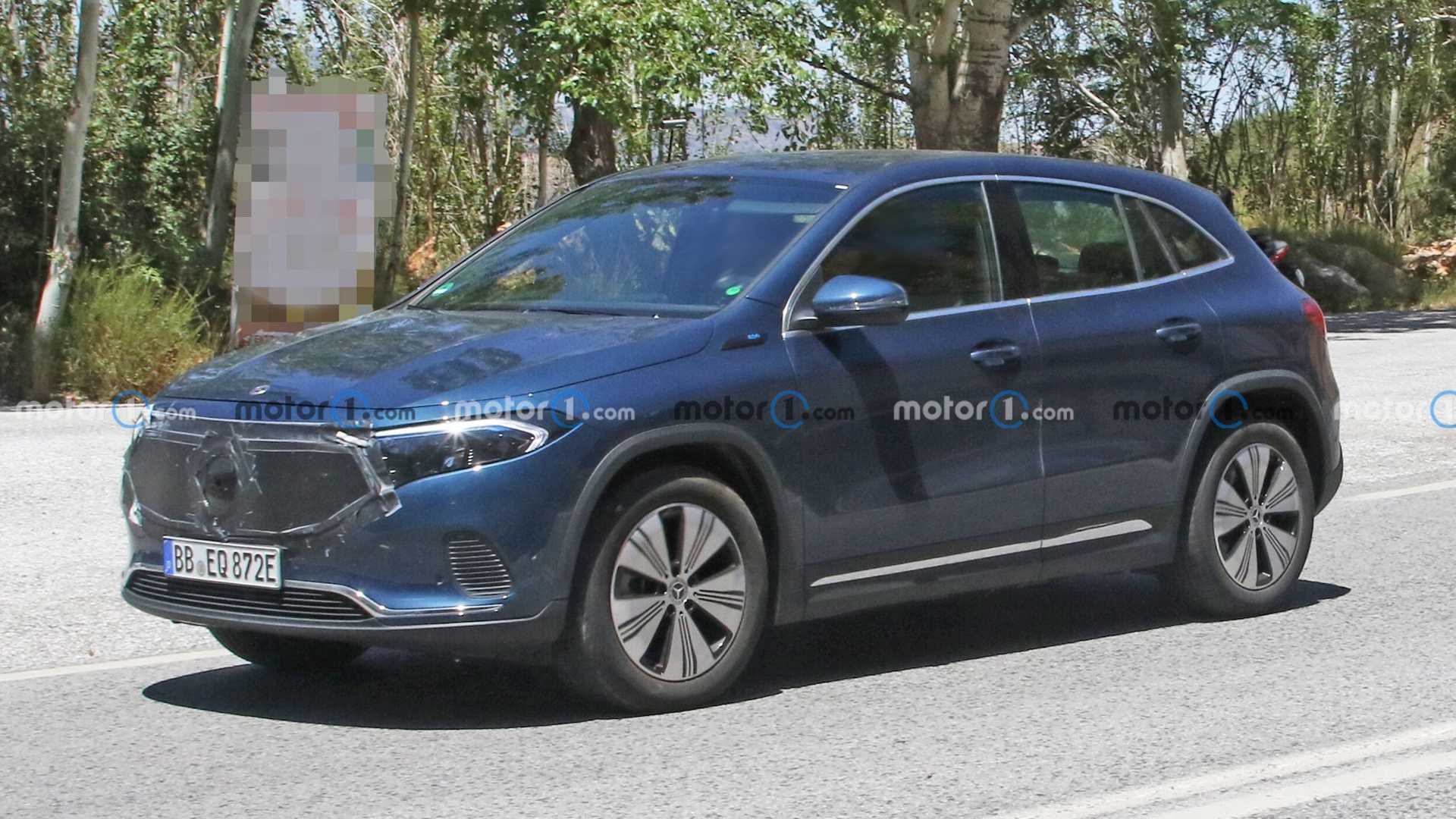 The Mercedes-Benz EQA only debuted a year and a half ago, but the manufacturer must have felt it was ripe for a major update at this point. A facelifted SUV has recently been spotted on public roads.

Judging by the minimal camo that only covers the black faux grille at the front end, a facelift is all it is going to be. The only other change could be found on the front bumper between the headlights. The current EQA model has a thin LED strip there connecting the lights (see video), and it looks like it may be redesigned in the new version.

The interior will likely stay largely unchanged except for the mandatory update of the infotainment system software. The same applies to the powertrains: there is little reason to expect anything different from the currently available motors rated at 190, 228 and 292 metric horsepower (187, 225 and 288 hp; 140, 168 and 215 kW, respectively).