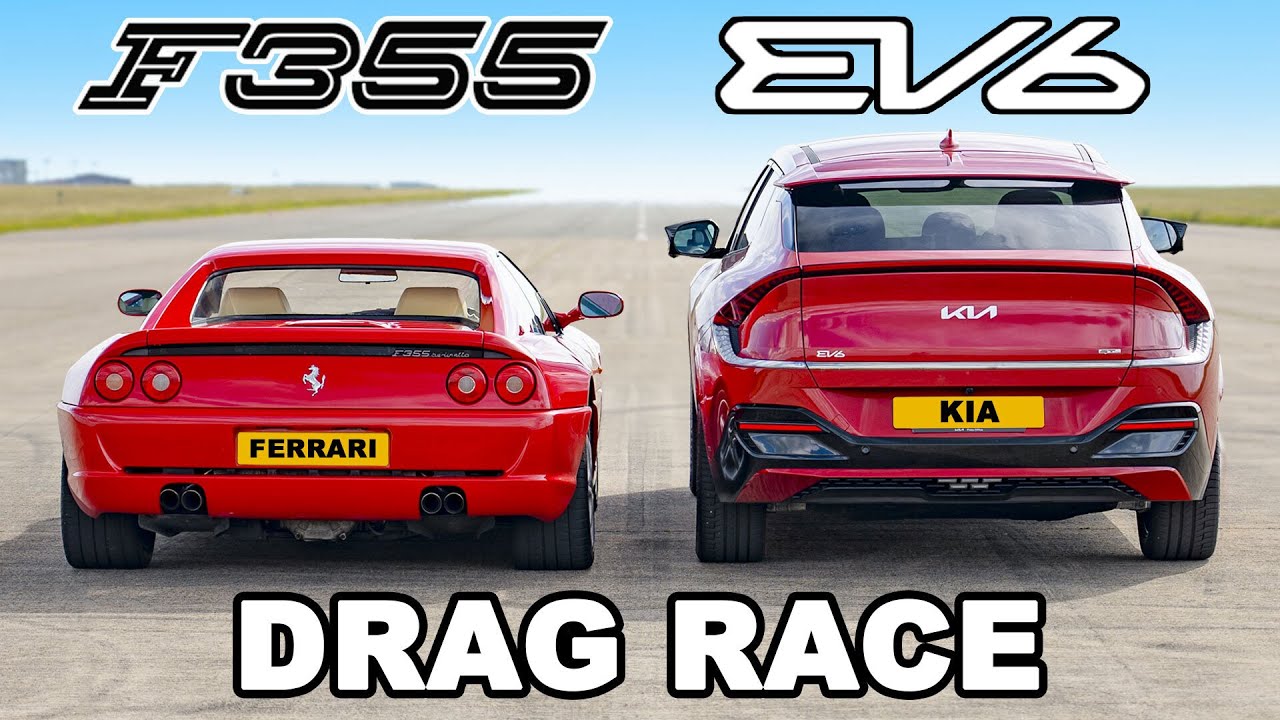 The latest video by carwow shows the all-electric Kia EV6 going up against the Ferrari F355 from the 90s. The match looks uneven at best, but wait until you see the action.

So, how well do you think the two compare? Pretty well, as it turns out. The first race saw the Ferrari lagging behind its rival every time its driver needed to shift. The gap then proceeded to narrow until the Kia won, coming mere three or four body lengths ahead of the Ferrari.

It looks like the Ferrari driver learned from his mistakes in the second run, because he inched out a victory. The third start culminated in another win for team Italy.

After that, the two vehicles were put through 30mph (50 km/h) and 50mph (80 km/h) rolling races on a half-mile stretch. The odds have flipped once again, and the EV6 reigned supreme in the end.