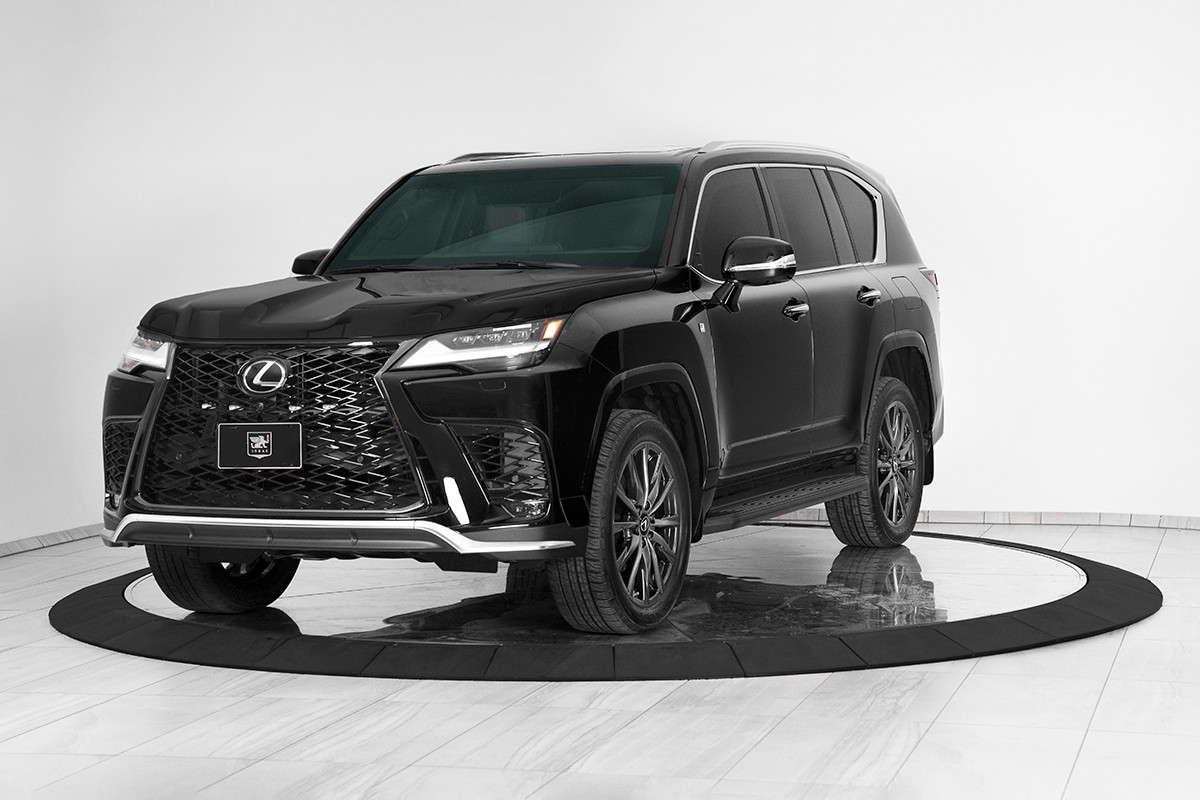 The BR6-grade armor the SUV comes equipped with guarantees survival of the passengers in the event of simultaneous explosion of two hand grenades next to the car, as well as under sustained 7.62mm gunfire. This is achieved through the use of armor plating, ballistic glass all around and run-flat tires mounted on robust wheels. The suspension is reinforced accordingly to withstand the load.

Available options include flashing lights, night vision cameras, an alarm system, a loudspeaker and a fire extinguishing system for the engine bay. Later on, Inkas plans to introduce its own ten-piston brake caliper design capable of bringing the heavy SUV to a halt in a matter of seconds.

Powered by its standard twin-turbo V6 churning out 415 PS (409 hp / 305 kW) to a ten-speed automatic transmission, the stock Lexus LX needs around seven seconds to reach 100 km/h (62 mph). The Inkas version weighs more while lacking a power boost, so it should feel considerably slower on the uptake than that.