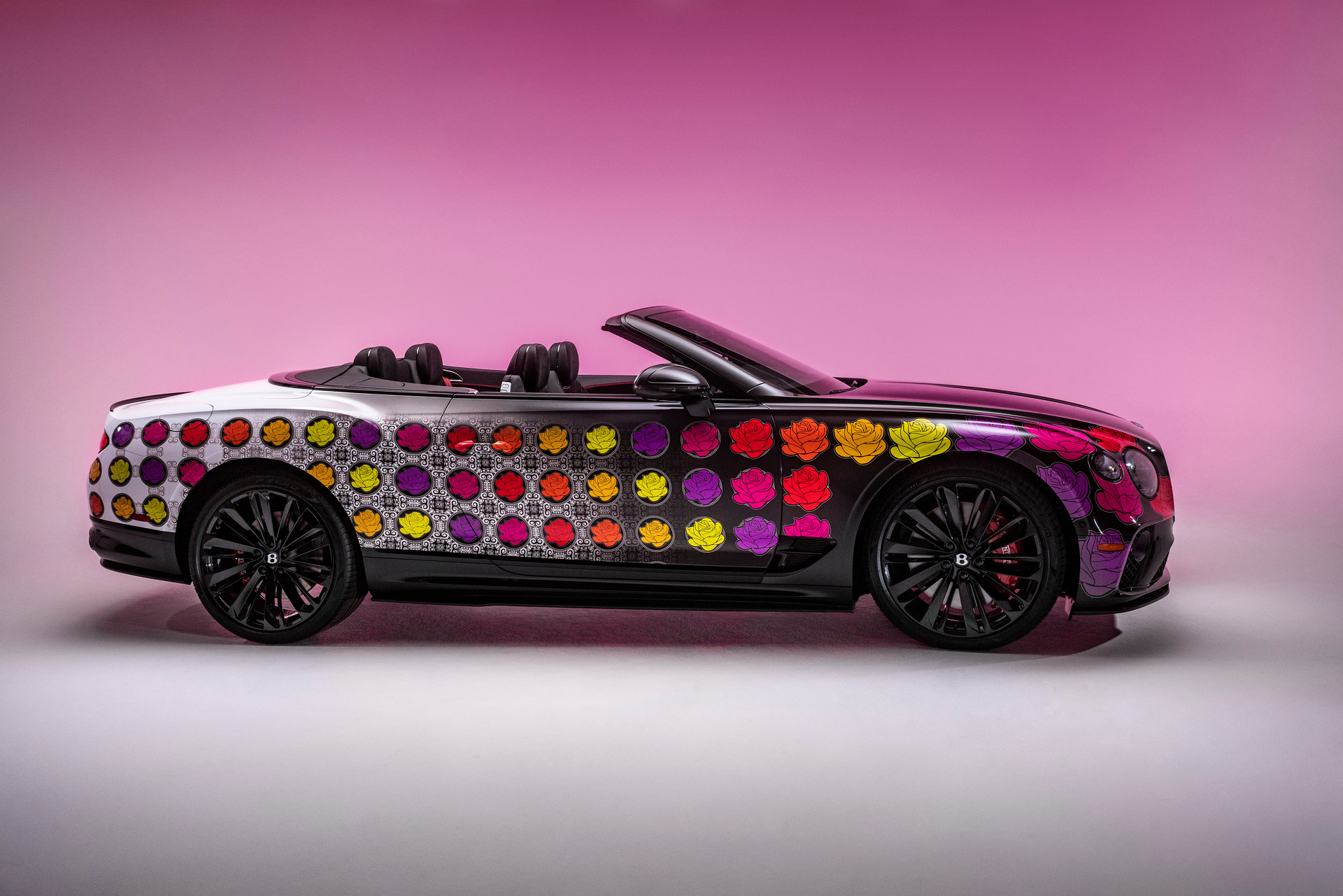 Automaker Bentley and charity foundation Sager Strong have joined efforts to produce a unique Continental GT Speed art car. The convertible will be auctioned off in 2023, and the proceedings will be donated to institutions fighting against cancer.

The foundation was founded by the late Craig Stager and his wife Stacey. Sager spent several years resisting the malignant tumors in his body, underwent numerous surgeries but eventually succumbed to the disease in late 2016. Until the last moment, he continued his dedicated work and inspired numerous other oncological patients with his resilience and sheer will to live.

The vivid rose-themed ornament adorning the car reflects Stager’s taste for flashy clothes, the designer says. The leather interior boasts novel stitching, and there are Sager’s signatures on the headrests.

For the next several months, the car will be touring and collecting celebrity autographs, after which it will be put up for sale. Given its unique background and the sheer number of star autographs it is about to receive, the final price is being estimated in the area of millions of USD.