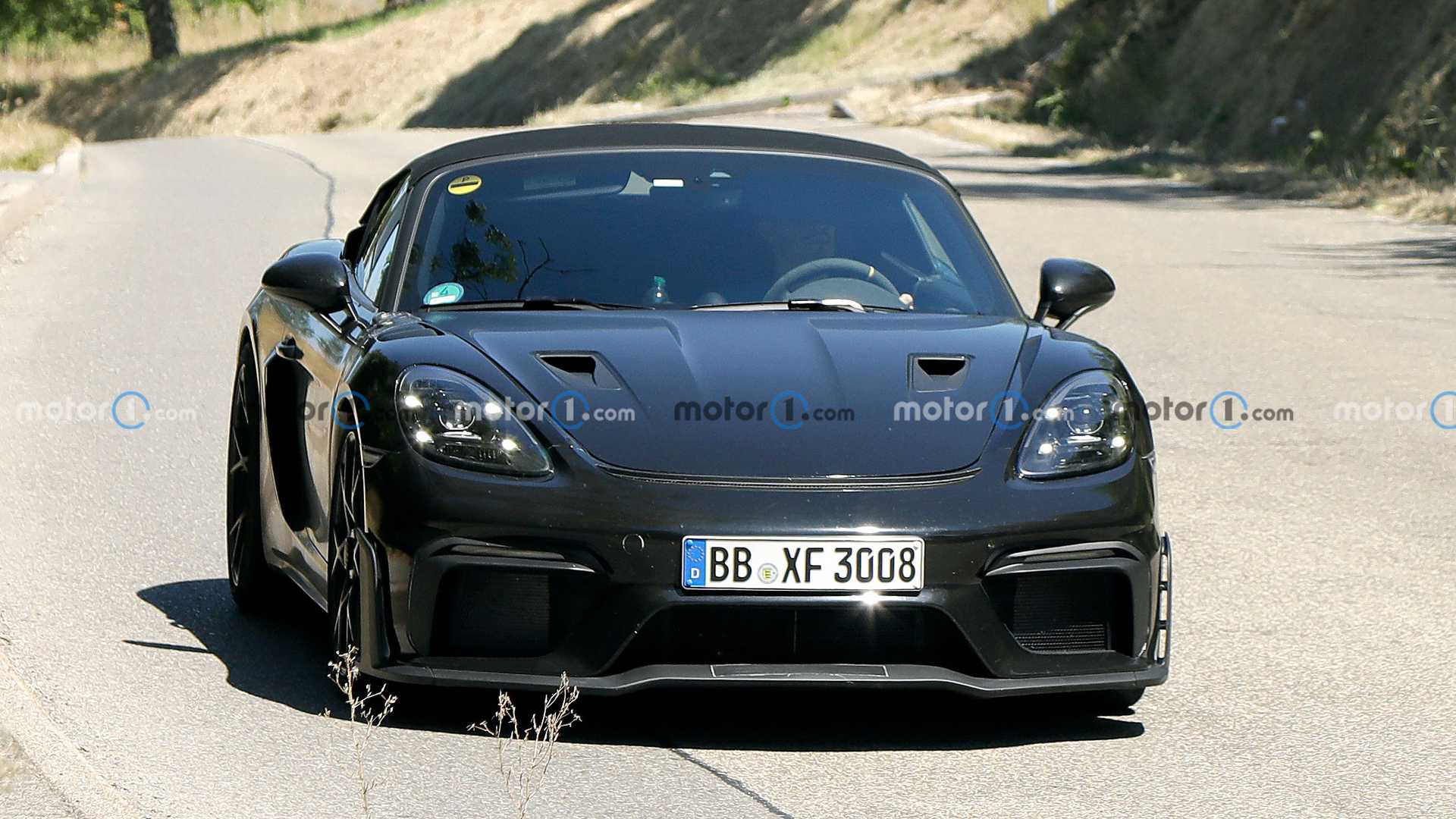 The latest spy shots of the alleged Porsche 718 Boxster Spyder RS show the test car without any camouflage, which suggests that the premiere is right around the corner.

It is believed that the RS version of the car will get dialed up to 500 PS (492 hp / 368 kW) and land with a variety of other track-friendly upgrades. It was first mentioned in passing in February this year, when Porsche execs hinted at the possible release of an RS-badged Boxster Spyder.

Later in May, a curious pre-production example of the car was sighted with added air intakes (see video). It also used centerlock wheels, an option usually reserved for Porsche’s fastest road-legal cars.

And here comes another bunch of spy shots, allegedly from somewhere in Spain. You can clearly see small air vents in the upper side panels and in the back, the latter ones tilted towards the engine to maximize air throughput and cooling. Further vents in the hood and the front fenders leave very little doubt that the car is none other than the Spyder RS.

Which leaves the question: when will it be unveiled on official terms? Our guess is very soon, judging by the complete lack of camo.