Ford Explorer gets updated in China 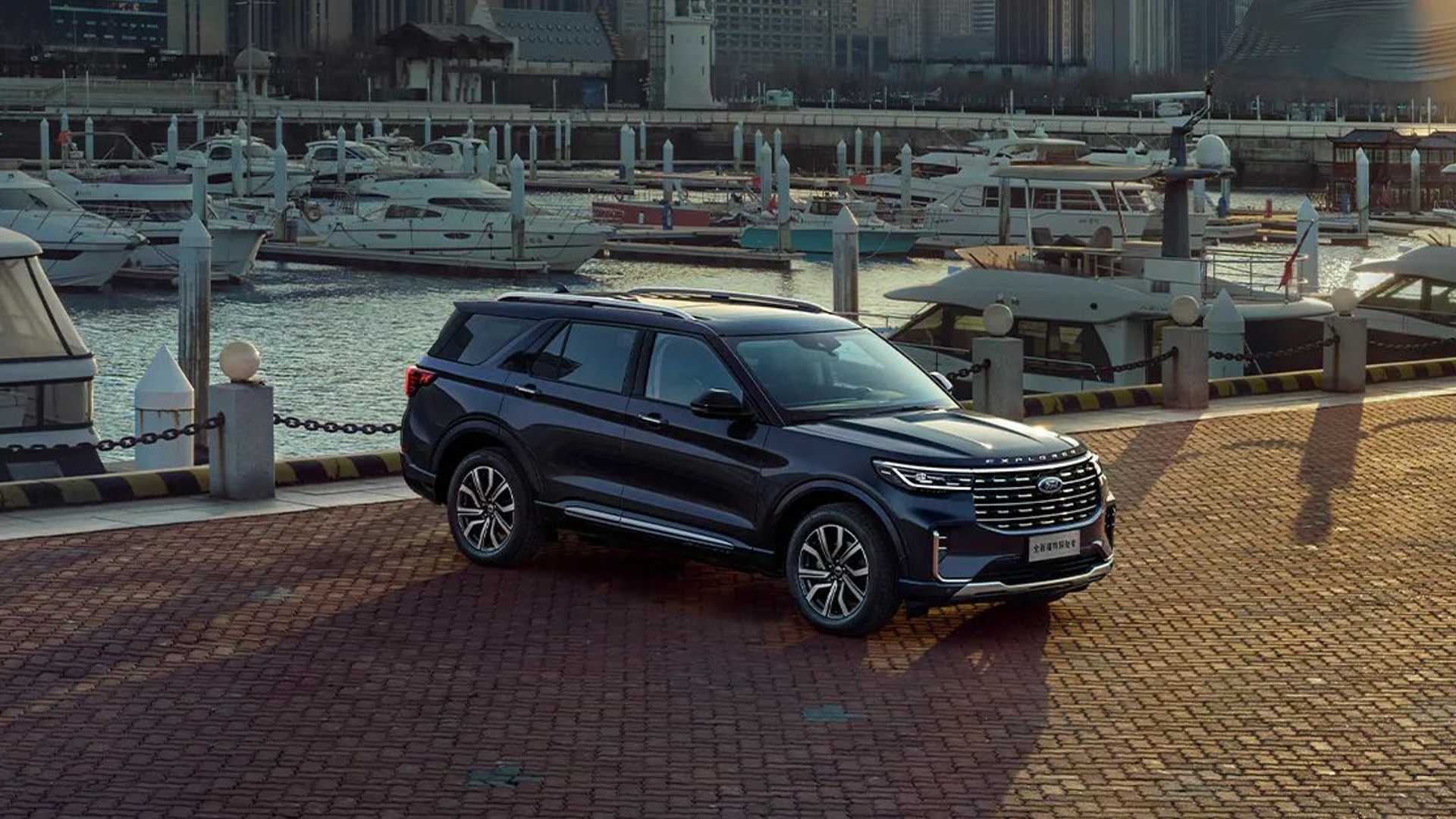 Ford touts the refreshed Explorer for China as a brand-new car, but the reality is such that it is just a deep facelift – not a new model at all.

The crossover SUV sports a completely redesigned front fascia with a widened radiator grille, more chrome details and revised LED headlight units sitting at the corners. New 21-inch wheels fill out the arches, and the taillights are larger than before. The tailgate now bears the Explorer lettering instead of the Ford logo, while the manufacturer’s badge can be found below it. The chrome stripe connecting the taillights is now thinner than it was before.

The main highlight inside is a giant 27-inch display spanning most of the passenger’s side of the dashboard. This unusual design decision forced Ford to displace the air vents and eliminate most of the hardware buttons on the panel.