Porsche tells the story of its never-released Cayenne Convertible 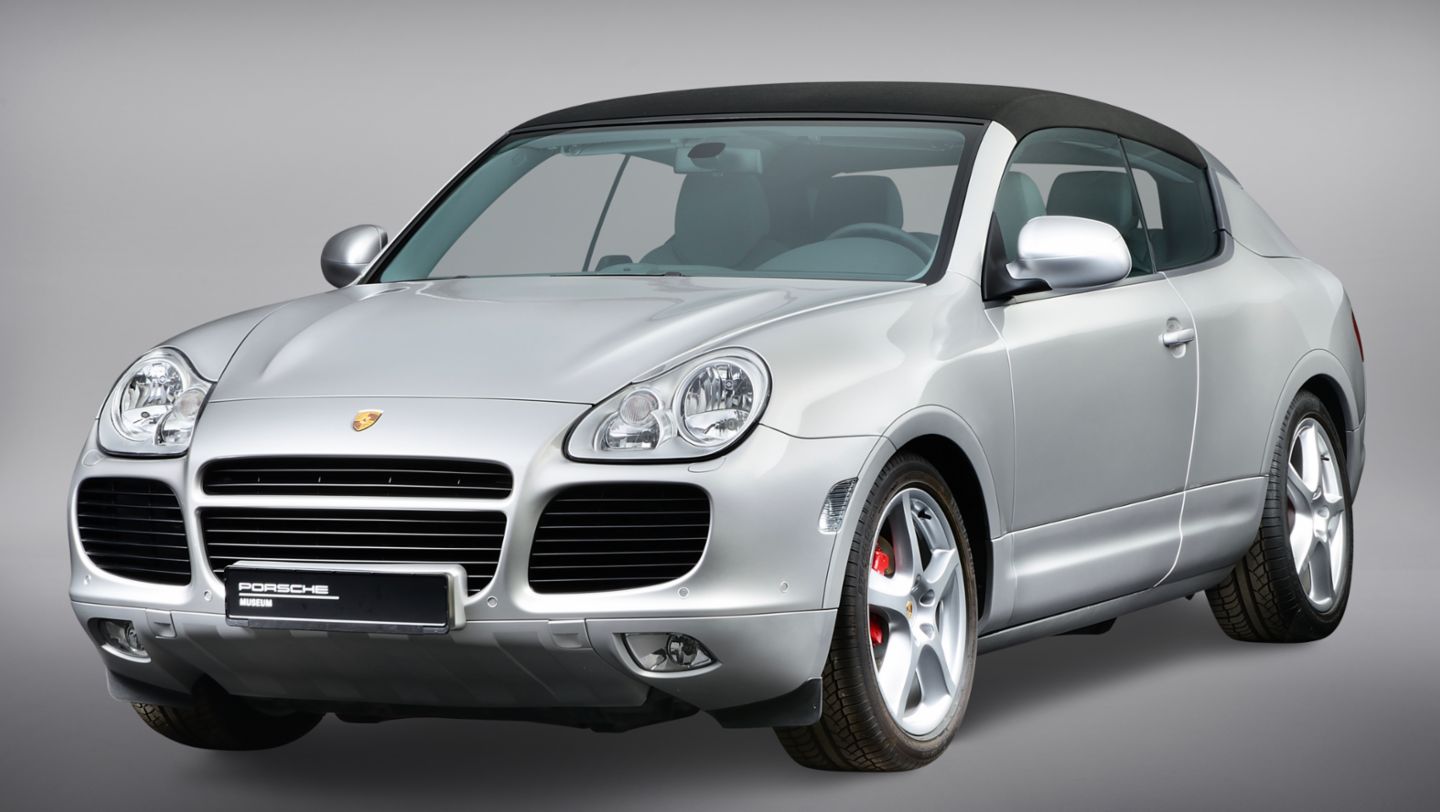 Porsche has posted select specifications of earlier Cayenne versions it had been considering before the SUV went into actual production. Apparently, the marque’s first crossover was envisioned with a coupe-like body, a stretched seven-seat one, and even a droptop one.

The latter concept actually reached the life-size mockup stage, and the design team took care to build it with two rear end variants they could switch between. They sourced the roof folding mechanism from the Porsche 911 Targa and made it foldable from both ends. A-pillars were shortened, the hardtop removed completely, and the front doors lengthened by 20 cm (8 inches) to get rid of the rear doors.

The unique mockup was never intended to be used as a test car; rather, Porsche wanted to see how good its ergonomics would feel if it were ever to reach production. In particular, testers studied how various people would feel in a car with such low roofline and windshield. They opted for leaving the interior unchanged from the main version.

As for those two swappable rear ends, they mainly differed from each other in terms of bumper design, license plate placement and taillight mount points. As a prototype that never reached the market, the one-off vehicle is currently being stored in the Porsche Museum.