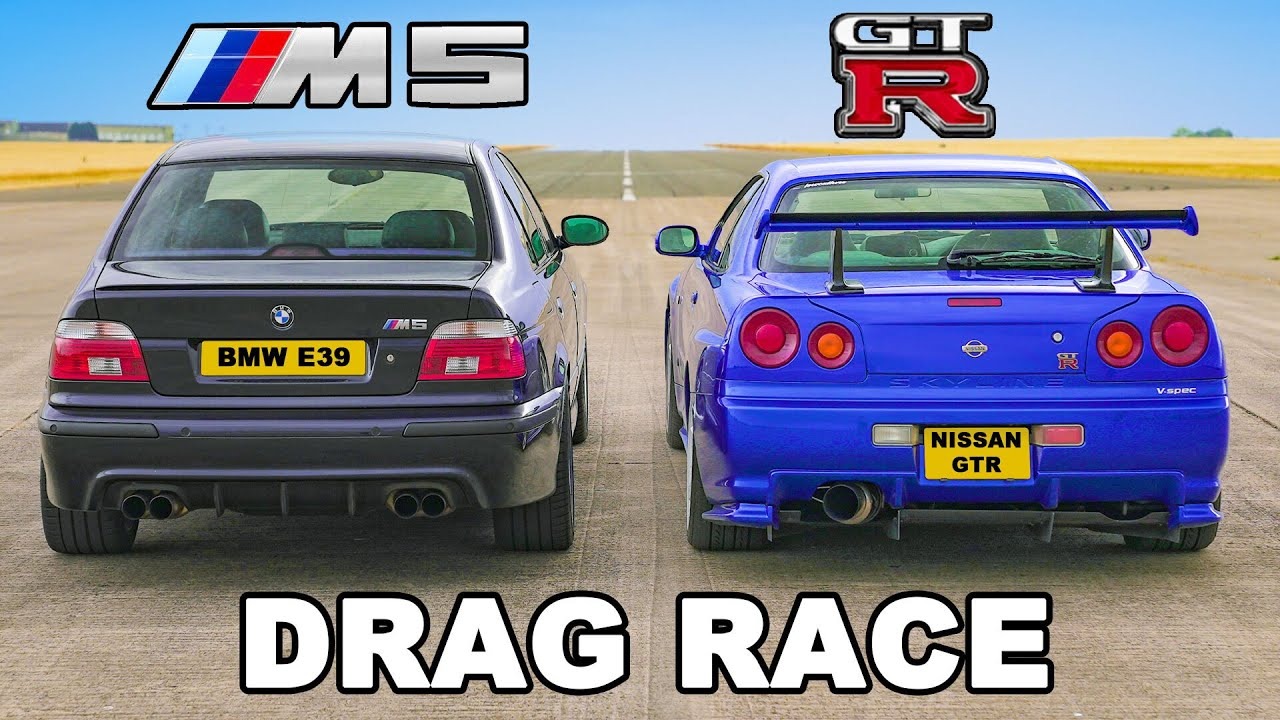 Carwow has published a new video dedicated to two 1990s-era icons – the Nissan Skyline GT-R R34 and the E39-gen BMW M5. The duo tries to outrun each other in several multiple quarter-mile runs.

Powering the Godzilla is a 2.6-liter inline-six turbo partnered with a six-speed manual gearbox and AWD system. On paper, the car makes 280 PS (276 hp / 206 kW) and 392 Nm (289 lb-ft) of torque. In reality, there was an unofficial ‘gentleman’s agreement’ between Japanese automakers of the time never to specify power as being greater than 280 PS, even if the actual output of the engine was greater. This resulted in multiple Japanese sports cars showing much better dyno numbers than their passport specs would suggest, the R34 GT-R included.

As usual, place your bets (in your mind) and watch the video!