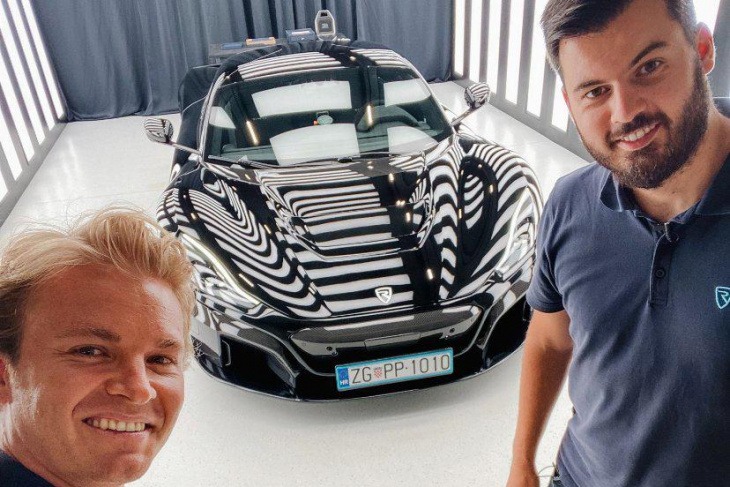 The long-anticipated Rimac Nevera hypercar is here at last, and ex-racer Nico Rosberg takes delivery of the first produced example directly from company CEO Mate Rimac in this insightful video.

Before Rosberg could get behind the steering wheel of his Nevera, Rimac took him on a trop around a hall where Nevera prototypes are being stored. There is also a Bugatti Chiron standing at the end of the hall, and Nico and Mate end up spending some time discussing its eventual successor.

Rimac, who now decides the future of the Chiron model lineup after the Croatian company’s acquisition of Bugatti, does a solid job keeping the most interesting bits secret, but hints that the new hypercar is not something most of us would expect to see. Could he be referring to a smaller IC engine assisted by a high-end electric system? There is no way to know for sure, but in the meantime, color us intrigued.

When Mate finally hands over the keys to the Nevera, he sounds apologetic about having to use mundane plastic for the engine lid. In his own words, there are electronically controlled locks there that rely on receiving a wireless signal which would have been jammed by a metal or carbon-fiber lid.