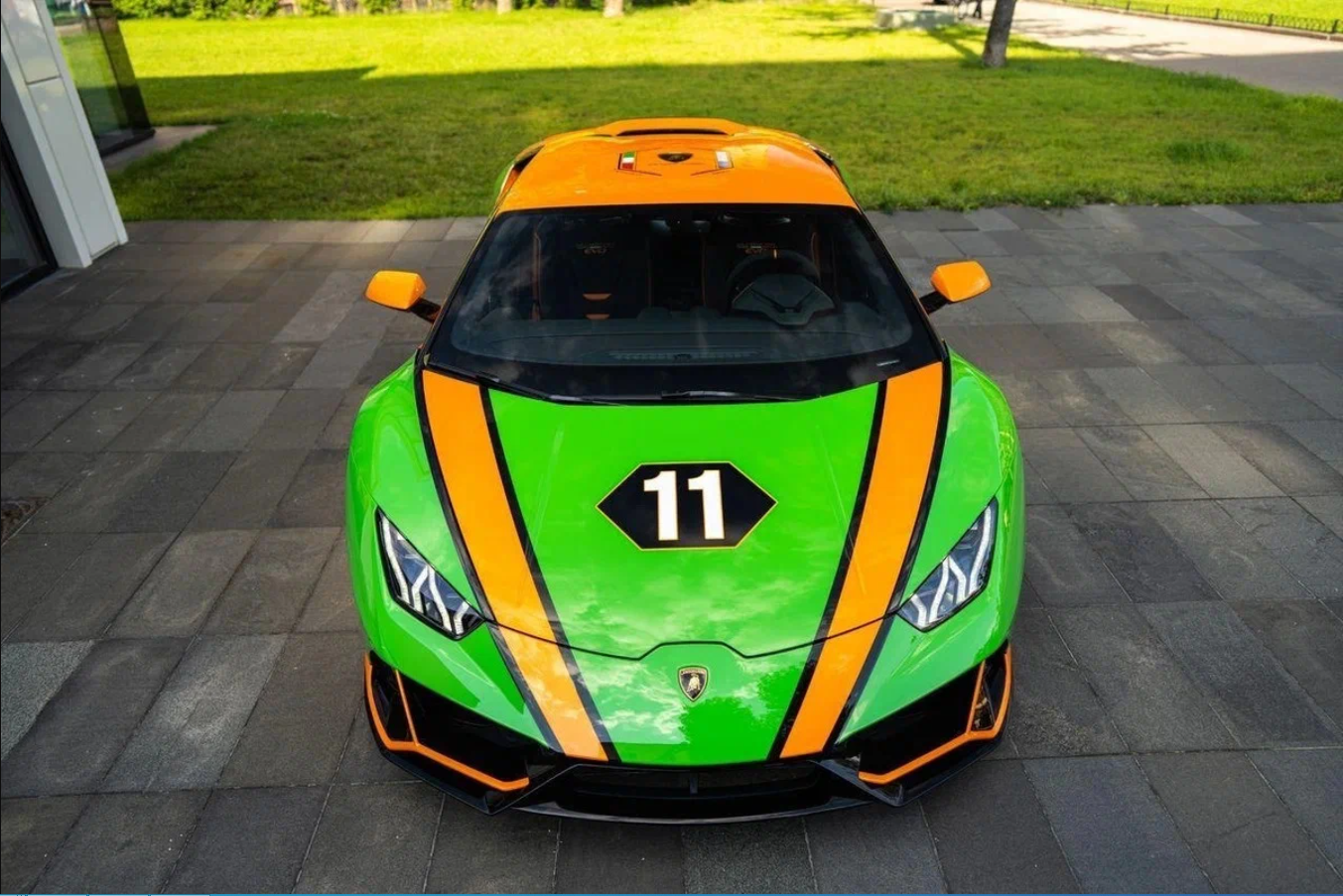 This Lamborghini Huracan belongs to the Evo GT Celebration series and is up for grabs in Kirov, Russian Federation for an asking price of 27 million rubles (~446,500 USD).

The listing claims the supercar has always belonged to one owner and only covered 1,318 kilometers (819 miles). It was sold in October 2020, but the owner only got around to registering it to his name in late 2021.

The original Evo GT Celebration batch (see video) consisted of 36 supercars that Lamborhini released three years ago to commemorate its victories at the 24 Hours of Daytona and 12 Hours of Sebring races. Its livery is a stylized representation of the colors worn by the teams who drove their Huracans to victory.

Unlike its standard counterpart, the special edition boasts black centerlock wheels, hexagonal plates with number 11 around the body, and the company’s racing division logos featuring the Italian and the U.S. flags next to each other. A peek inside reveals a carbon-fiber badge highlighting the car’s special status.

Powering the ride is the same drivetrain that powered the Lamborghini Huracan Evo introduced in early 2019. A naturally aspirated V10 produces 640 PS (631 hp / 471 kW), hitting 100 km/h (62 mph) in 2.9 seconds and doubling that acceleration in 9 seconds. The Evo is available in a rear-wheel-drive version as well, but that one is 30 PS (30 hp / 23 kW) less powerful than the AWD variant on sale.