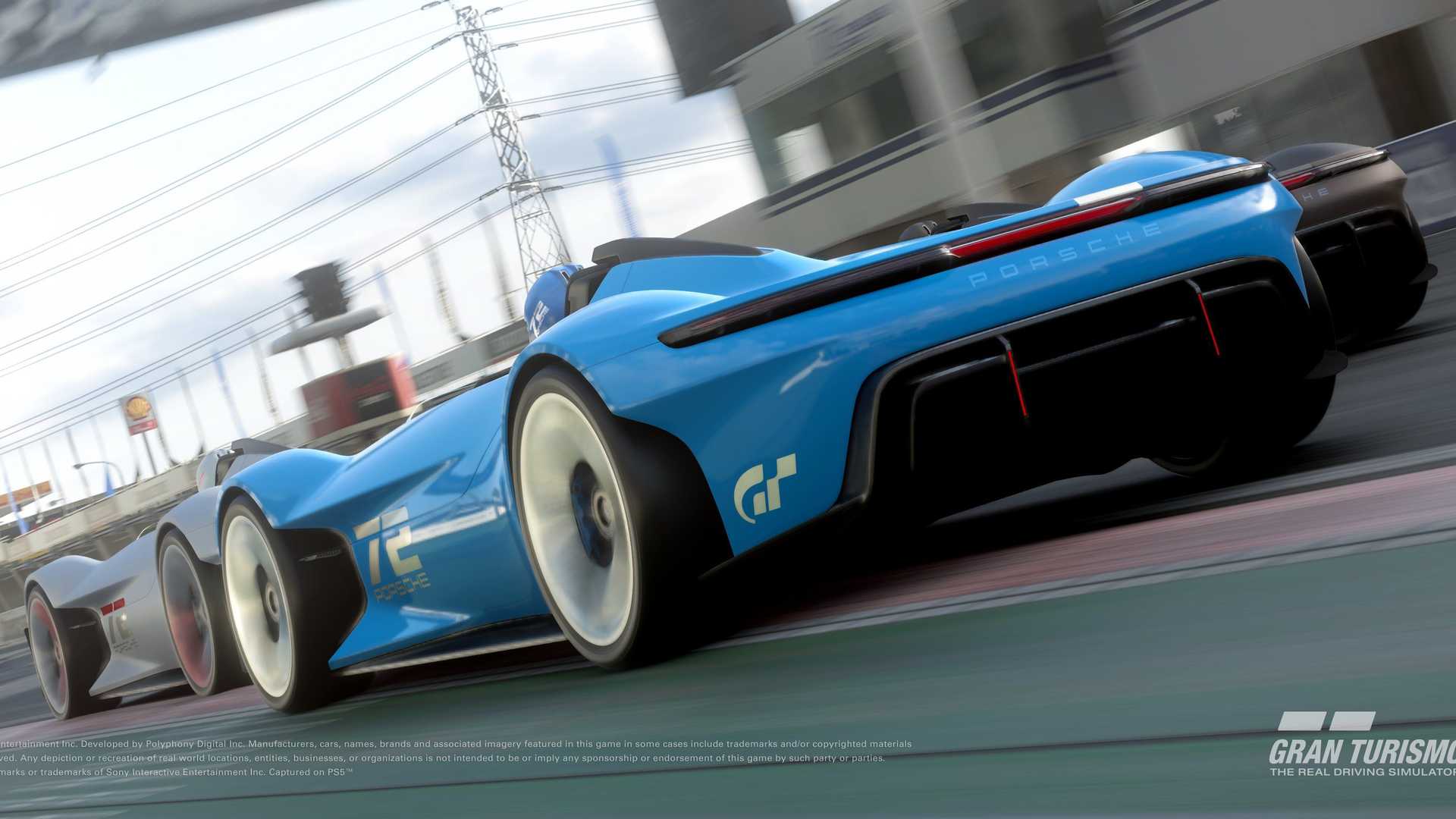 Porsche has unveiled the Vision Gran Turismo Spyder, a topless variant of the hypercar it revealed in late 2021 (see video). Both are meant to exist exclusively within the world of the video game, Gran Turismo 7. The update will arrive on September 29.

Judging by the drawings, the car is largely identical to its closed-top counterpart except for its different body type. There is only one seat inside, with a trim panel covering the passenger’s seat.

Elsewhere, the Spyder features a roll bar and a small transparent windscreen. The coupe variant was advertised as having active aerodynamic parts at the rear end, but the Spyder appears to be lacking them.

The tech specs are not there yet, but the coupe had 1,300 horsepower (950+ kilowatts), all-wheel drive and 2-second sprint time. The dashboard is holographical and resides on the hub of the steering wheel.

Neither of the concepts have any production prospects at all.