Successor to Lamborghini Aventador nabbed on camera close up 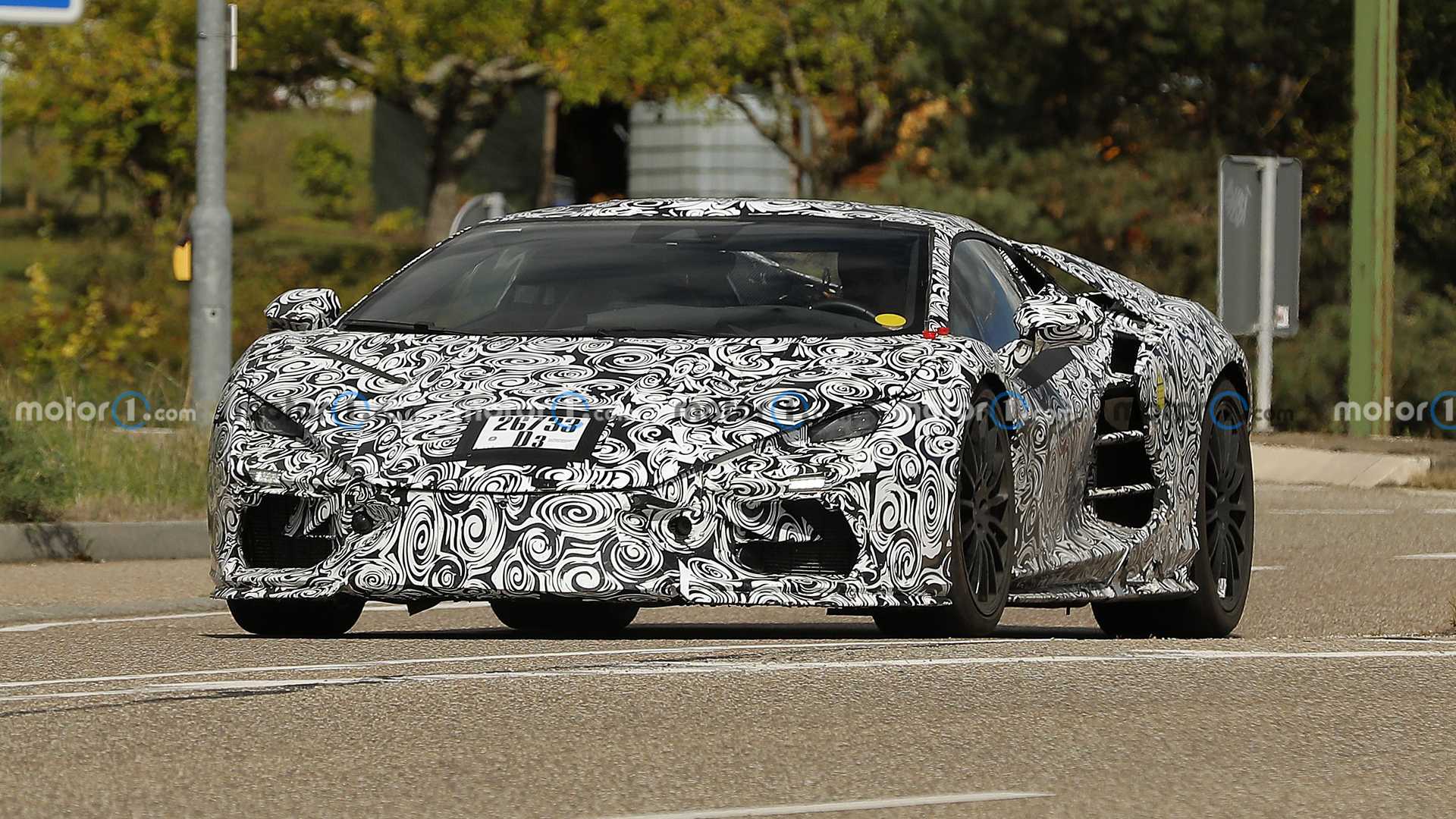 We have been seeing the supercar coming to replace the Lambo Aventador out and about since last year, but no one had managed to snap close-up photos of it – until today.

The prototype was discovered somewhere on the roads of Germany. Despite its fairly thick wrap, you can clearly see that most of the body panels sport a production-ready look. The front end looks appropriately aggressive, and the profile remains arrow-shaped with the same giant air intakes as before.

The taillights are obviously fake, while the original ones sit right and left from the tailpipes. A closer look also reveals fat tires and colorful brake calipers.

Note also the yellow stickers: the flagship is going to be electrified. We know on official terms that the system will be based on a V12, but not any former engine – it will be a completely new design.

The premiere remains scheduled for next year.