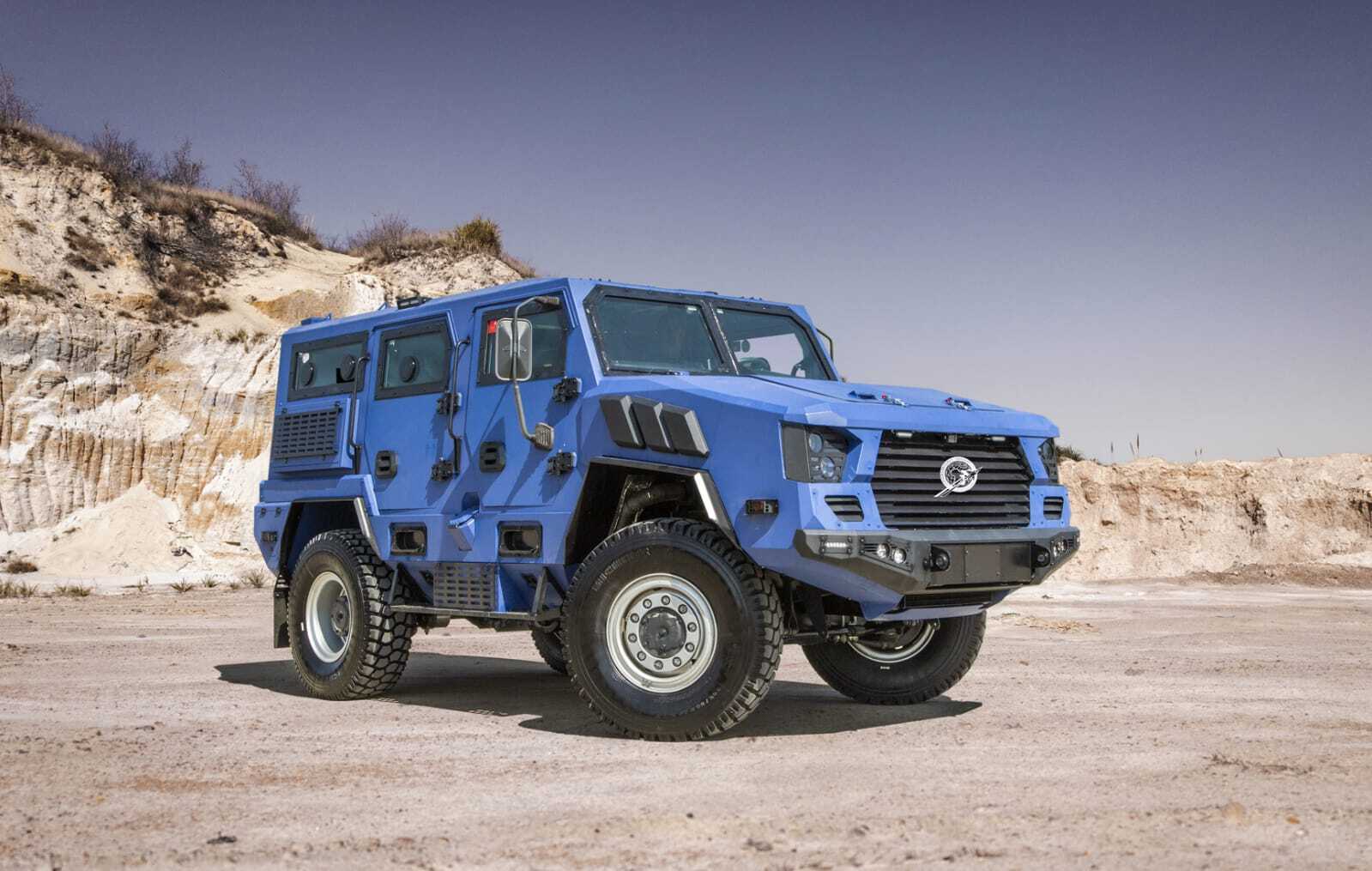 The so-called Light Protected Vehicle (LPV) presents a more affordable alternative to the Marauder model featured in the attached video. Its exact dimensions are not specified, but the company says it can carry up to 2 metric tons (4,400 lbs). The Marauder wins out by a large margin in this department with 6 tons (13,200 lbs) of capacity. By default, the Maatla has nine seats in the cabin, but its layout – called the Smart Floor – lets you quickly get the seats out of the way and repurpose it for other applications.

The armoring all around corresponds to STANAG 4569 Level 1. This means the vehicle is protected from sustained 7.62x51mm and 5.56x45mm gunfire from a distance of 30 meters (98.41 feet). It is also rated to withstand an explosion of a 155mm high explosive round at 100 meters (328.08 feet) and a simultaneous detonation of M26 of similar-grade hand grenades under the bottom.

With its 4x4 drive, the Maatla can hit a top speed of 100 km/h (62 mph) and empties its tank after 600 km (373 miles) traveled at an average speed of 80 km/h (50 mph). The drivetrain specifics haven’t been announced yet, but we know that the Marauder ships with Cummins and MAN diesels on board.

Elsewhere, the car makes use of a dual-range transfer case and three differential locks, making it a capable off-roader despite the weight. The supported operational temperatures lie within the range of -10…+55 ºC (+14…+131 ºF) and can be expanded with due preparations.