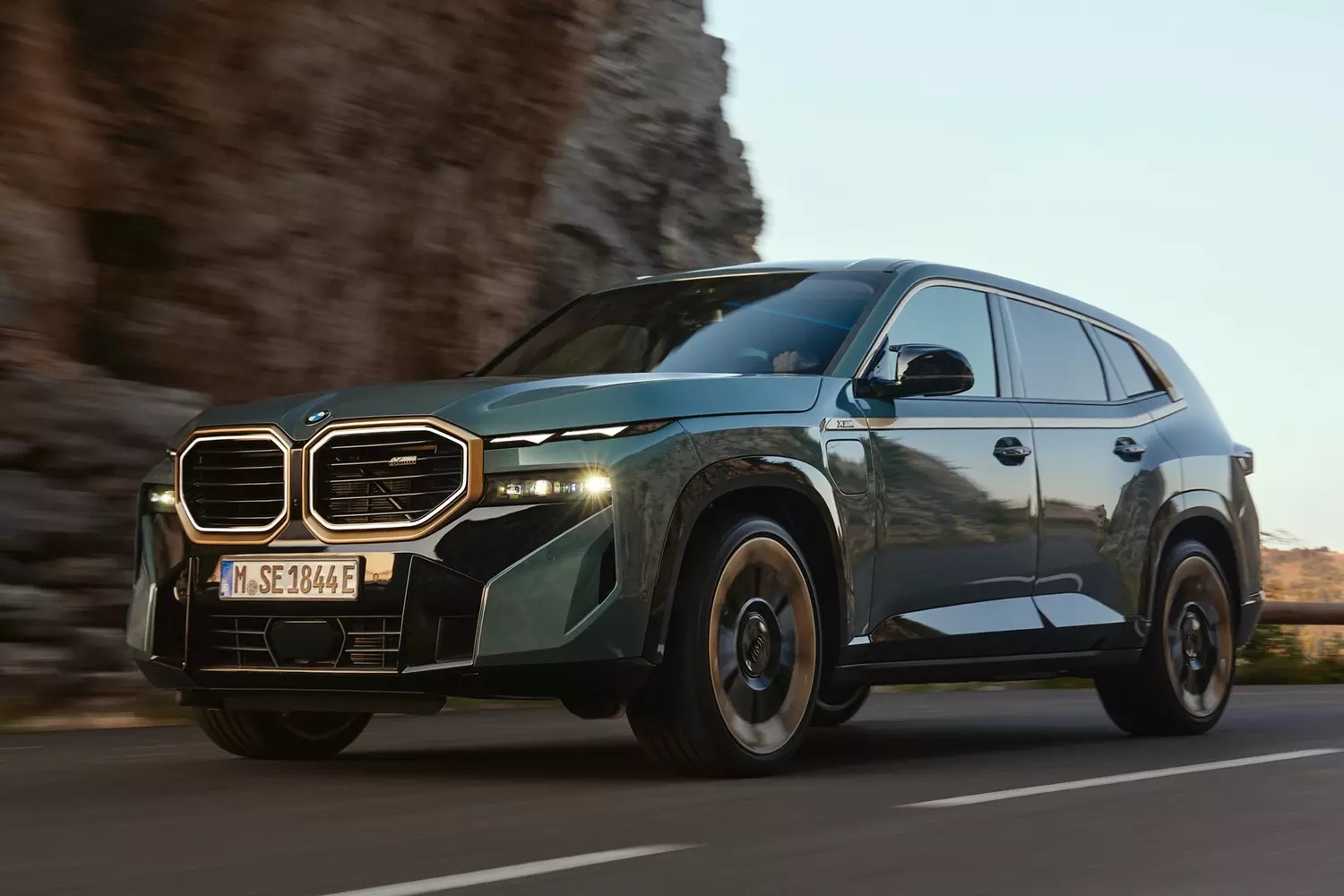 BMW M has finally unwrapped its first dedicated crossover SUV, the XM. The car comes with a hybrid powertrain comprising a 4.4-liter V8 and a single electric motor and has no ‘civilian’ (non-M) counterpart.

Next summer, the company plans to introduce a top spec named Label Red, which will bring 745 PS (735 hp / 548 kW) and 997 Nm (735 lb-ft) of torque to the table. All acceleration times and other specifics remain to be revealed, though.

On the outside, the production-ready XM looks nearly identical to its concept predecessor. Individual design touches are available at a premium. For example, there is an optional package called NightGold Metallic for those who want golden accents around the body. Custom wheels come sized 23 inches in diameter by default, but you can specify a smaller 22-inch or even 21-inch set.

The cabin is designed for five occupants with no other options. The demo car shown in the gallery makes use of good old leather on the seats, but eco-friendly materials will also be available.

The production in the USA will begin before the end of the year, BMW says.