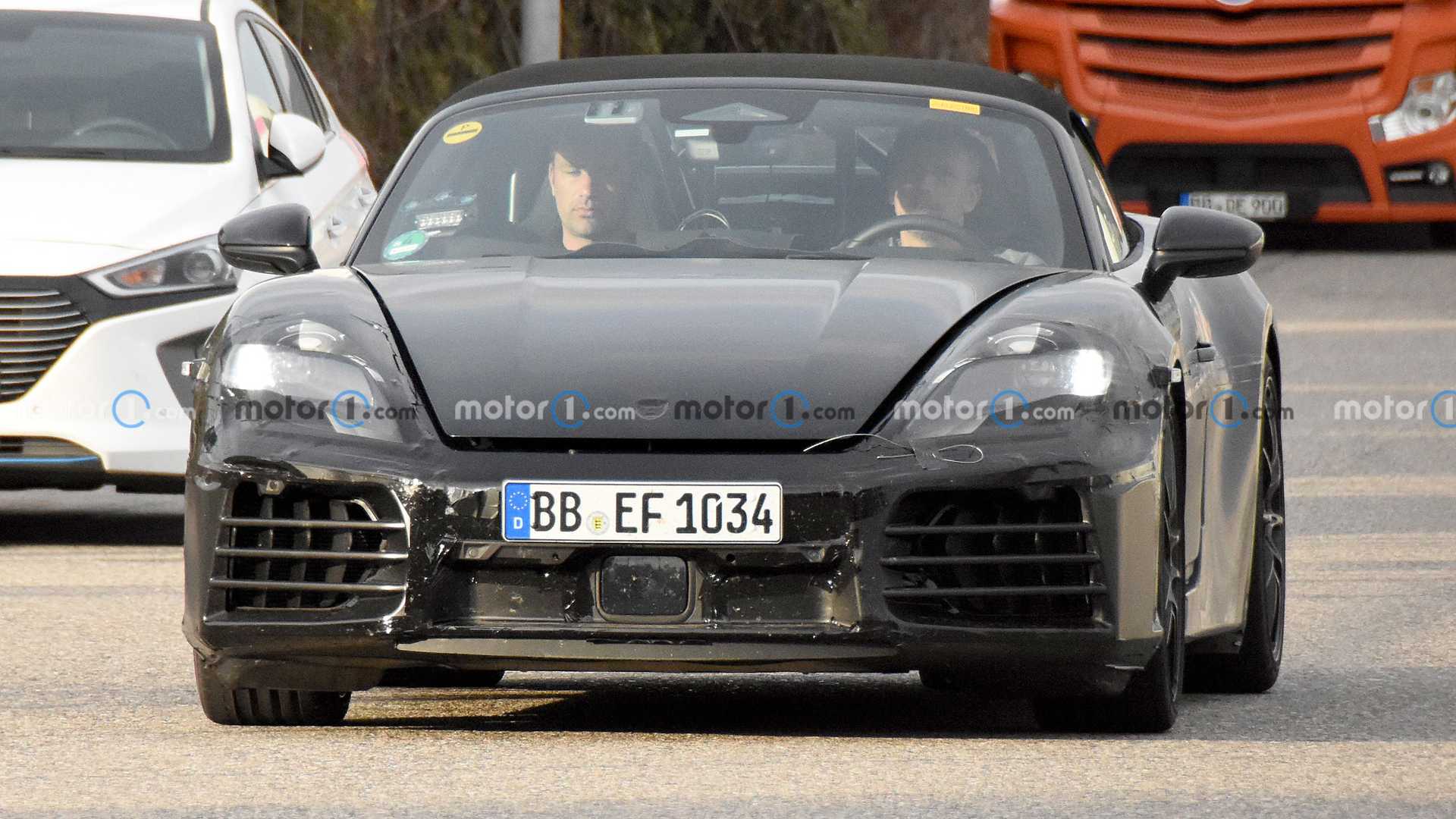 Porsche is resolute about electrifying its ‘junior’ model range, and this includes the 718 Boxster. The car was spotted driven on Spanish roads the other day, so let us have a closer look.

Interestingly enough, the EV manages to retain the same proportions as the mid-engined car before it. Fake air intakes can be seen at the front end, concealing active aerodynamic elements. The rear bumper is wrapped in camo and sports a fake exhaust pipe. The interior is not shown anywhere, but we would expect at least two displays there and only a minimal set of hardware controls.

Porsche CEO Oliver Blume said this spring that the company had planned to phase out the latest Cayman and Boxster models (see video) with electric cars by the mid-2020s. He confirmed that the ICE cars would go out of production the moment the EVs go in. Rumor has it that both will be based on a shortened version of the PPE platform and offer a choice between RWD and AWD.

The exterior will allegedly resemble that of the Mission R Concept, and the performance will be on par with the 911 lineup. The iconic sports car range will cling fast to its combustion engines until 2030, so the company doesn’t expect any infighting between the 718 and the 911.