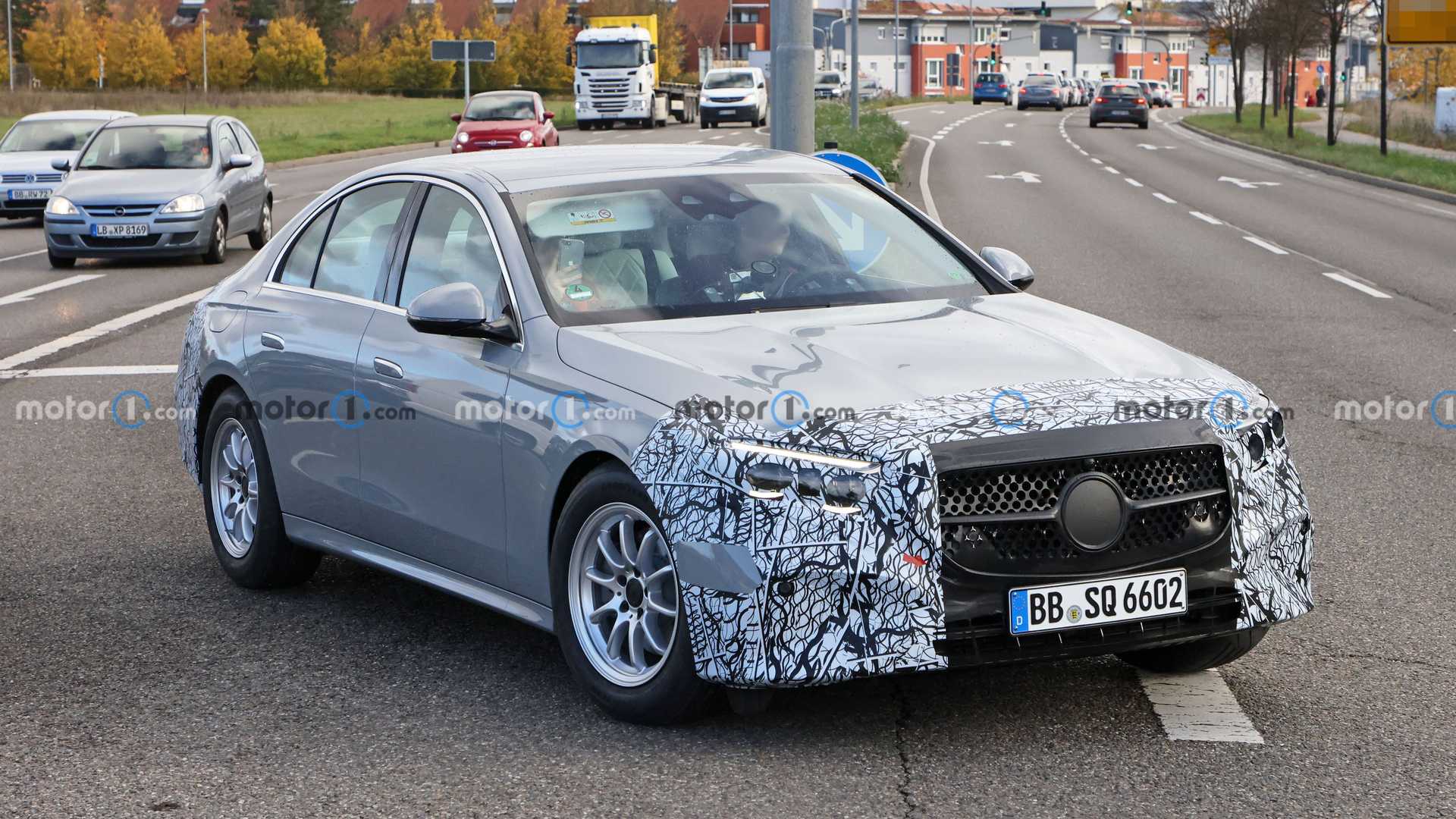 The new Mercedes-Benz E-Class has a cabin layout that sets it apart from the company’s other recent models, judging by these leaked shots allegedly made at a conveyor belt. Another pic shows what looks like an undisguised front end of the same car.

The design team goes for a new style here: the radiator grille becomes larger, and the headlights sport two rounded elements below. The latter was not visible on the photos posted before.

Like other modern Mercedes cars, the E-Class has two displays inside. However, based on the shots, its center touchscreen will be mounted on a dashboard bulge in the middle, apparently trimmed with porous veneer applications.

For powertrains, buyers will get multiple choices based on a 2.0-liter turbocharged four-cylinder engine and rated between 225 and 260 metric horsepower (222 – 256 hp; 165 – 191 kW). Whether there will be an AMG version styled similarly to the petrol-electric Mercedes-AMG C 63 remains to be seen. Our colleagues from CarBuzz believe the model may retain its traditional eight-cylinder engine, becoming the last E-Class generation to make use of it.