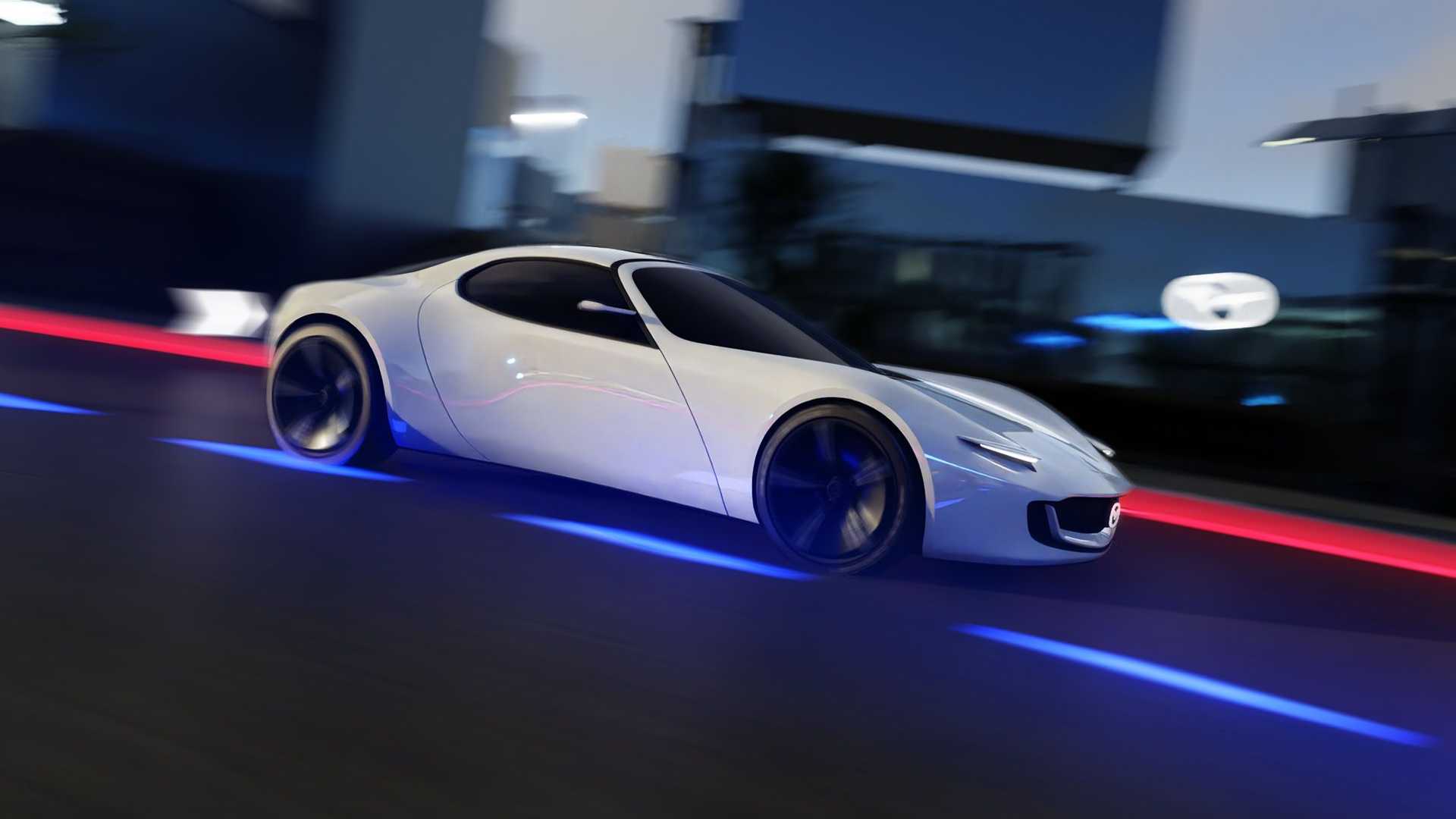 Mazda has reconsidered its own development strategy until 2030, publishing a 36-minute-long video where it shows an intriguing new concept car named Vision Study Model.

To save you the time watching, we made a couple of screenshots and added them to our gallery. It is a coupe-shaped supercar with butterfly-wing doors and what looks like the rear-wheel drive, judging by the body proportions. Overall, it looks like a possible successor to the RX-8 model (see video). Note that the exhaust tips are nowhere to be seen, implying that it is an all-electric car.

An earlier part of the presentation was dedicated to the MX-5 Roadster lineup, including the current generation and some of the older ones. This gives birth to another theory: that, rather than a successor to the RX-8, the white sports car could be a preview of the fifth-gen MX-5 Roadster instead. We should learn more in the coming months.