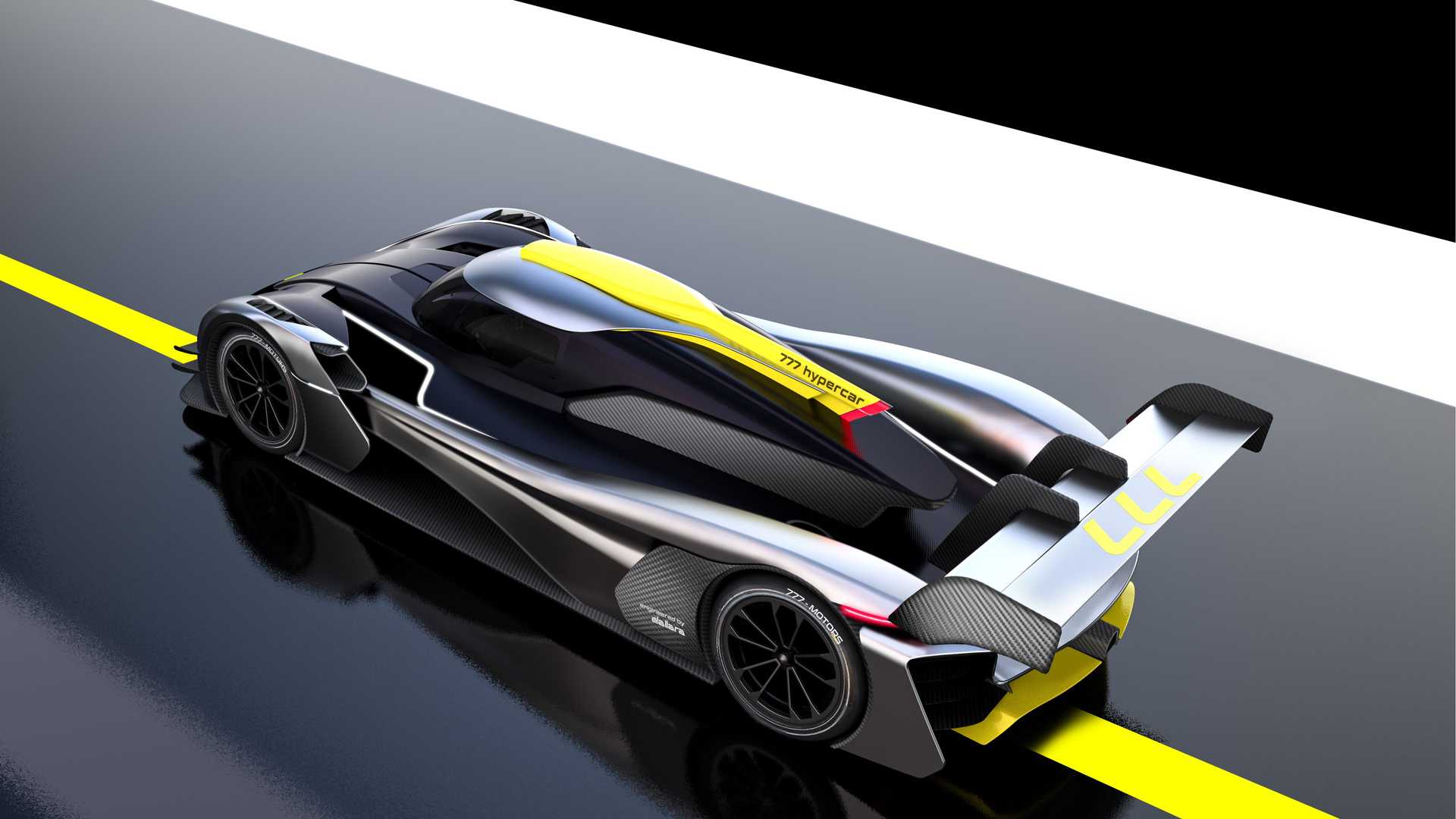 777 Motors, a company conveniently headquartered at the National Automobile Racetrack of Monza, Italy, has shown its very first production car to the world. Called simply the 777, it is a track-only hypercar priced at €7 million bundled with a number of exclusive and unusual bonuses.

The company was founded by none other than Andrea Levy, an entrepreneur, collector, racing driver and manager of the Milano Monza Motor Show also known as MiMo. His ambition was to design a vehicle not restricted by any racing regulations in a partnership with numerous renowned motorsport companies.

The resulting car features a carbon-fiber monocoque construction homologated by the FIA along with an LMP1-inspired body designed by Umberto Palermo. The single-seater with a roof scoop and a giant rear wing tips the scales at 900 kilos (under 2,000 pounds). It generates 2,100 kilos (4,630 pounds) of downforce moving at its top speed of 370 km/h (230 mph) and sustains lateral loads of up to 4g in corners. It needs 1 minute 33 seconds to complete the entire 5.8-kilometer-long Monza Circuit.

Power comes from a 4.5-liter naturally aspirated V8 revving up to 9,000 RPM and churning out 730 PS (720 hp / 537 kW) on synthetic fuel. The suspension, brakes and gearbox all come from third parties whose products and solutions find use in endurance races such as the Le Mans or the Daytona.

Only seven cars will be made in total. Each buyer will get a Dallara Tech & Sym professional sim rig replicating the behavior of the 777 on the track with great precision. They will also be given racing overalls with a helmet and a special fitness machine for strengthening neck muscles. In addition to the above, the carmaker promises to stage 14 special events over the span of two years, letting all owners to try their hand at the Monza Circuit assisted by a team of engineers.

The first prototype is slated to debut at the same racetrack next year. The deliveries will not begin until 2025.