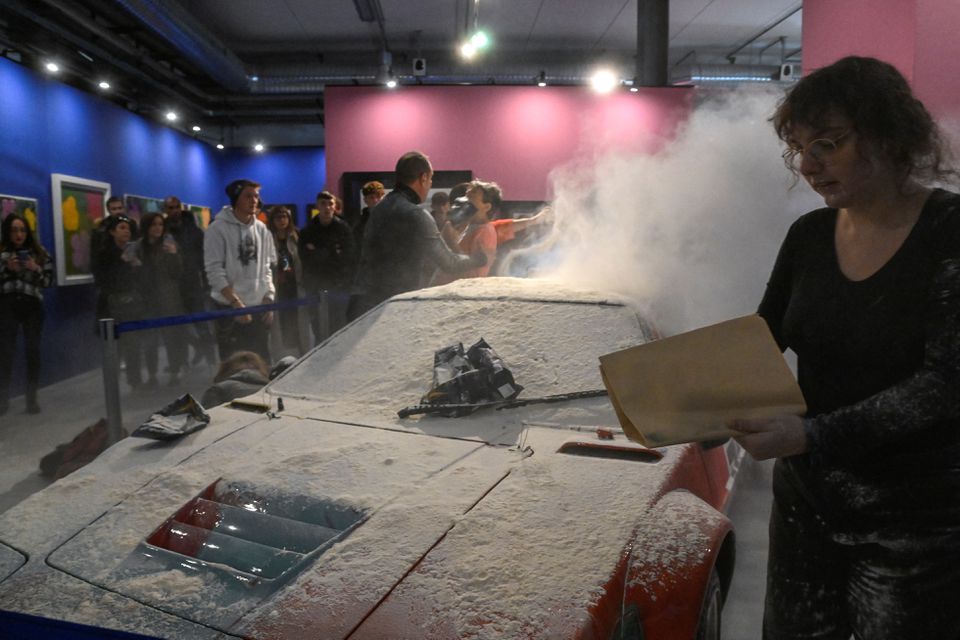 Italy-based eco-activist group Ultima Generazione has poured flour on an ultra-rare BMW M1 sports car painted by Andy Warhol. There has still been no conclusive report on whether the car was damaged.

The art coupe was exhibited in a museum in Milan, Italy. The activists managed to dump eight kilograms (17.5 pounds) of flour on it before they were detained. The spokesperson explained the goal was to attract the public attention to climate change and fight the general indifference towards the impending climate crisis, which can allegedly result in thousands of fatalities in the near future.

Ultima Generazione also called upon the authorities to intensify their efforts aimed at protecting the future of the planet. The activists believe the world has to stop using coal power stations completely and shift towards renewable energy sources.