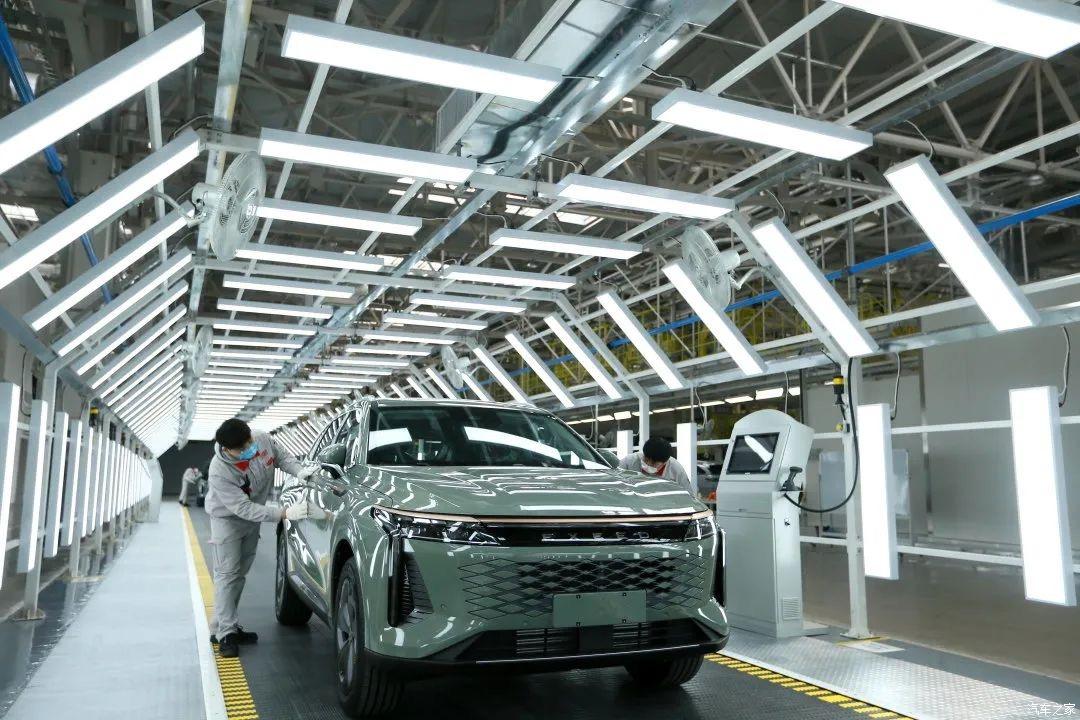 Chery has begun assembling its new mid-size SUV, the Exeed Yaoguang, AutoHome reports. The company invested nearly 2 billion USD into a new factory in Qingdao to facilitate the production.

The new model comes based on the AtlantiX Concept revealed last summer (see video) and might be viewed as a replacement of the latest Exeed TXL, which has roughly the same dimensions and key platform parts. Power comes from a 2.0-liter turbo-four engine rated at 261 PS (257 hp / 192 kW) and 400 Nm (295 lb-ft) of torque. An eight-speed auto gearbox directs the momentum to both axles.

Customers in China get five trim levels to choose from. Depending on the choice, the SUV can get a pair of 12.3-inch displays merged in a single frame, a heads-up display, and all-around view cameras. The infotainment system uses the Qualcomm 1855 chipset and grants access to a variety of online services. Smart headlights, 19-inch wheels and adaptive suspension are reserved for the top trims.

Prices are pending. The sales will begin before the end of the year.

The Yaoguang is the first production car to roll off the assembly line of the Qingdao factory, which also features a body stamping and welding facility, a number of conveyor belts and a research HQ. The annual production capacity is estimated at 200,000 units.