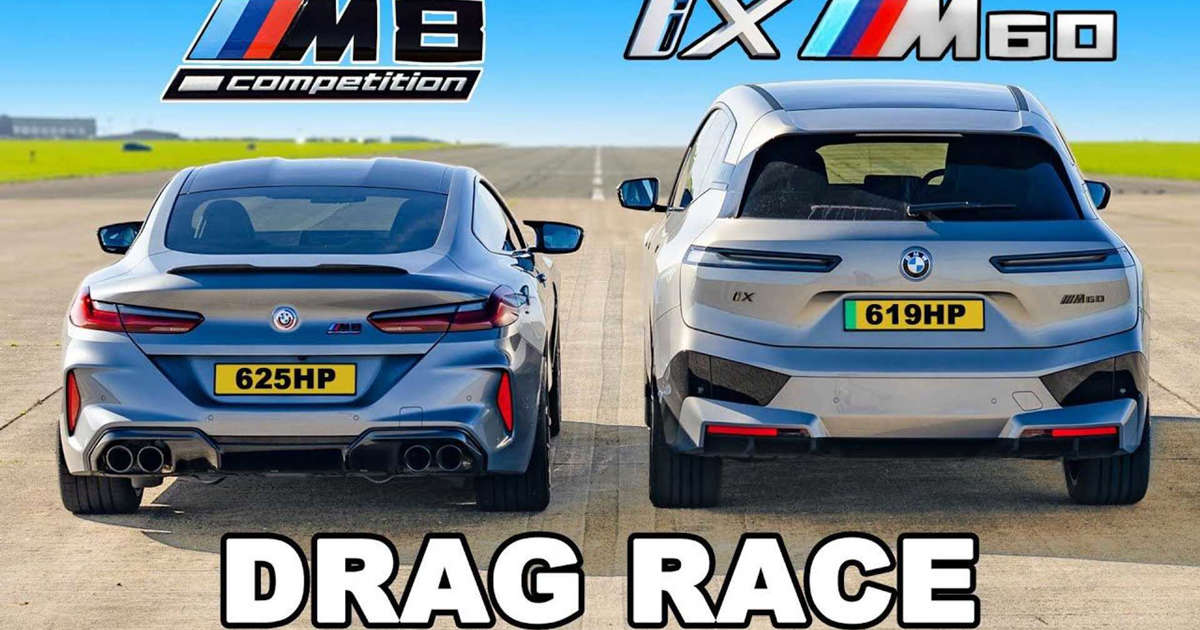 Carwow has brought two unlikely competitors to the drag strip: a gas-guzzling BMW M8 Competition Coupe and an all-electric BMW iX M60. Aside from the brand, there is little common between the two. But which one is the fastest?

To summarize, the electric SUV has slightly less power but enjoys colossal instant torque. It is also much heavier than its rival, so putting that torque to use could be challenging.

Be sure to watch the entire video, because the outcomes are surprising to say the least.