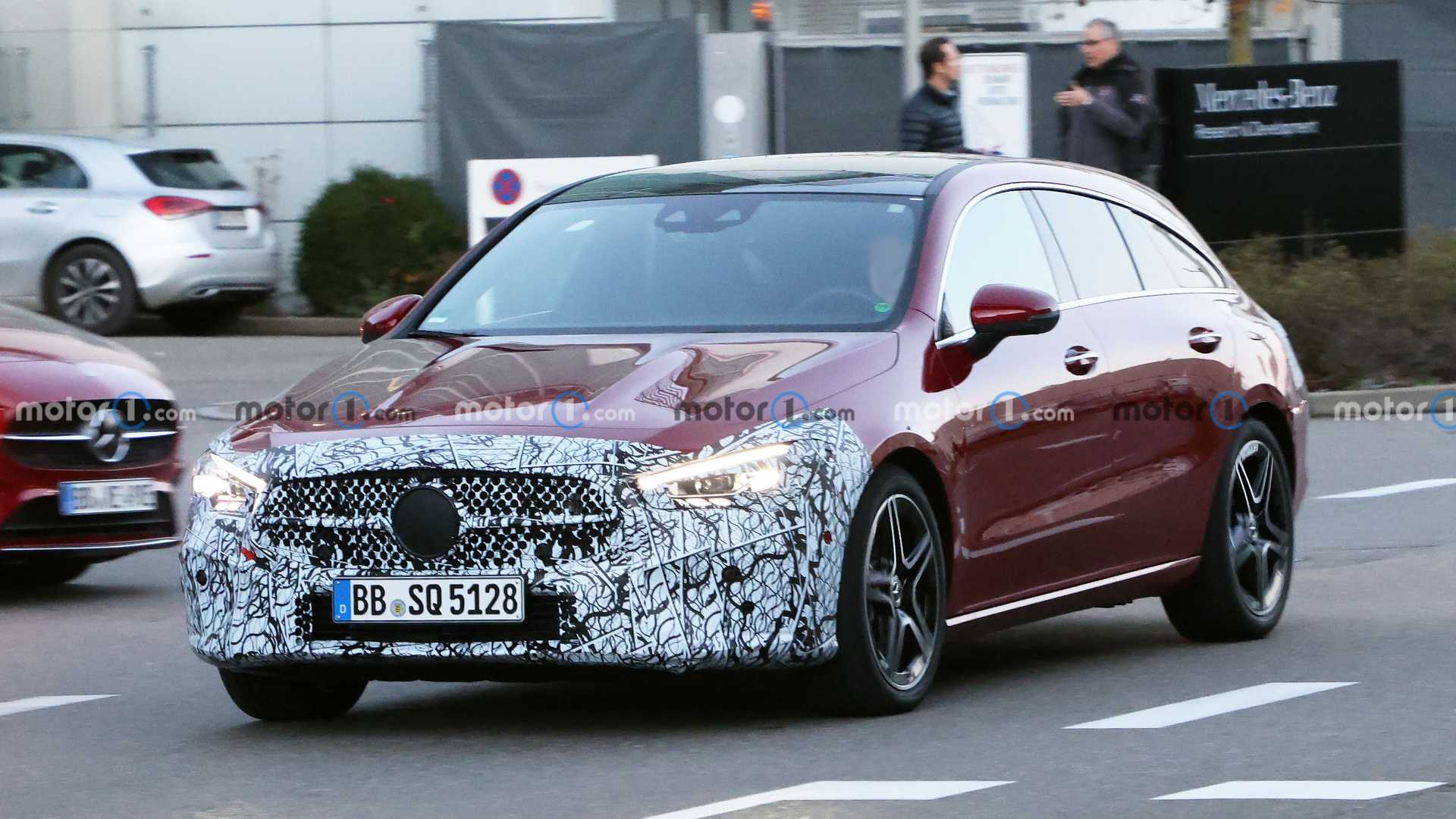 The Mercedes CLA lineup is going through a planned update. We have already seen some spy photos before, but the latest bunch shows the Shooting Brake version.

Judging by the wrapped areas, the car will be getting subtle tweaks to its front and rear ends. The nose will be getting a revised bumper and grille, while the tail will boast new brake light graphics. The headlight patterns also seem different.

Although only visible from a distance, the cabin looks undisguised, which in the case of a Mercedes car almost certainly means no changes whatsoever. Still, with the center console out of sight, perhaps there is something interesting coming to that area.

Perhaps most importantly, the CLA facelift is expected to bring along a new engine lineup consisting exclusively of 48V mild hybrids.