Check out a G-Class in a Brabus 700 Masterpiece kit 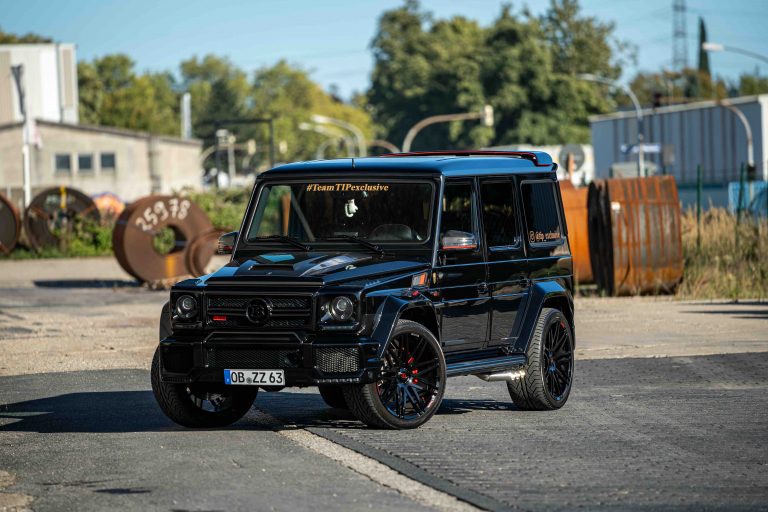 A tuning company called TIP Exclusive has produced a bespoke Mercedes-AMG G 63 in a body kit by Brabus pretentiously titled the Masterpiece.

Starting at the front end, there is a different front bumper with an add-on on top, a hood overlay, fender extensions, a rear apron with a diffuser, a rear spoiler and an AMG G 65 radiator grille. The headlights are blacked-out, the taillights are taken from the facelift version of the car, and red accents help liven up the blackness of the exterior and cabin.

Speaking of the cabin, it now makes use of high-quality leather upholstery with diamond stitching. The dashboard in particular attracts attention with its carbon-fiber weave that’s actually just more leather stylized to resemble the carbon. It looks unusual and fresh, lending the G-Class a sportier note.

Fun fact: this very G-Class made news headlines in Germany in April this year after getting stuck dead in the sandy bank or the river Elba. The driver’s best attempts were not good enough to free it from the sand trap, and he just sat there until a fire team arrived at the scene and pulled it out. We are not aware of any off-road upgrades the owner might have installed on the SUV to prevent this from happening again.