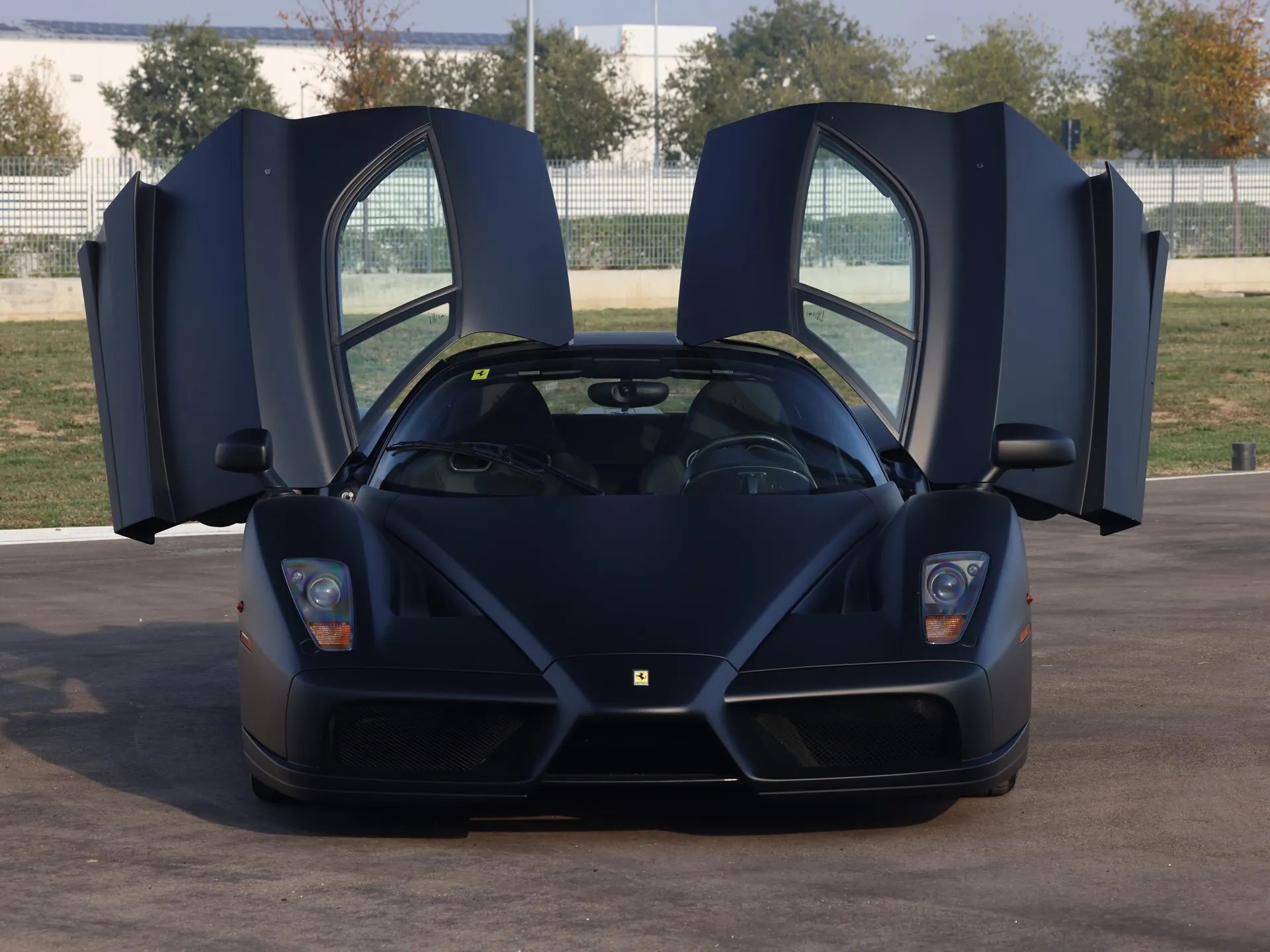 An 18-year-old Ferrari Enzo with 5,700 km (~3,550 miles) on the clock will be sold off an auction in Maranello, Italy in early December. Ordered by a customer from Brunei, it is believed to be the world’s very first Ferrari finished in matte black.

The price has not been announced, but the auction holder believes it could end up well into the seven-digit USD territory. The Ferrari color palette used to be quite limited in the early 2000s, and matte finishes were not nearly as common as they are now. It took being on close terms with the manufacturer to be able to order a car like this. The Italian company had reportedly been friends with the Brunei client for a long time, which is why an exception was made.

The coupe received a coat of Nero Opaco color with a matching interior. The assembly began on June 8, 2004, and was completed on October 15. The car was largely kept in a private residence in London and very rarely used.

Despite its tiny mileage, the vehicle received a cosmetic restoration prior to the sale, ending up with replacement body parts, new lighting and a fresh coat of paint. The work was performed by Carrozzeria Zanasi and cost the client €110,000.