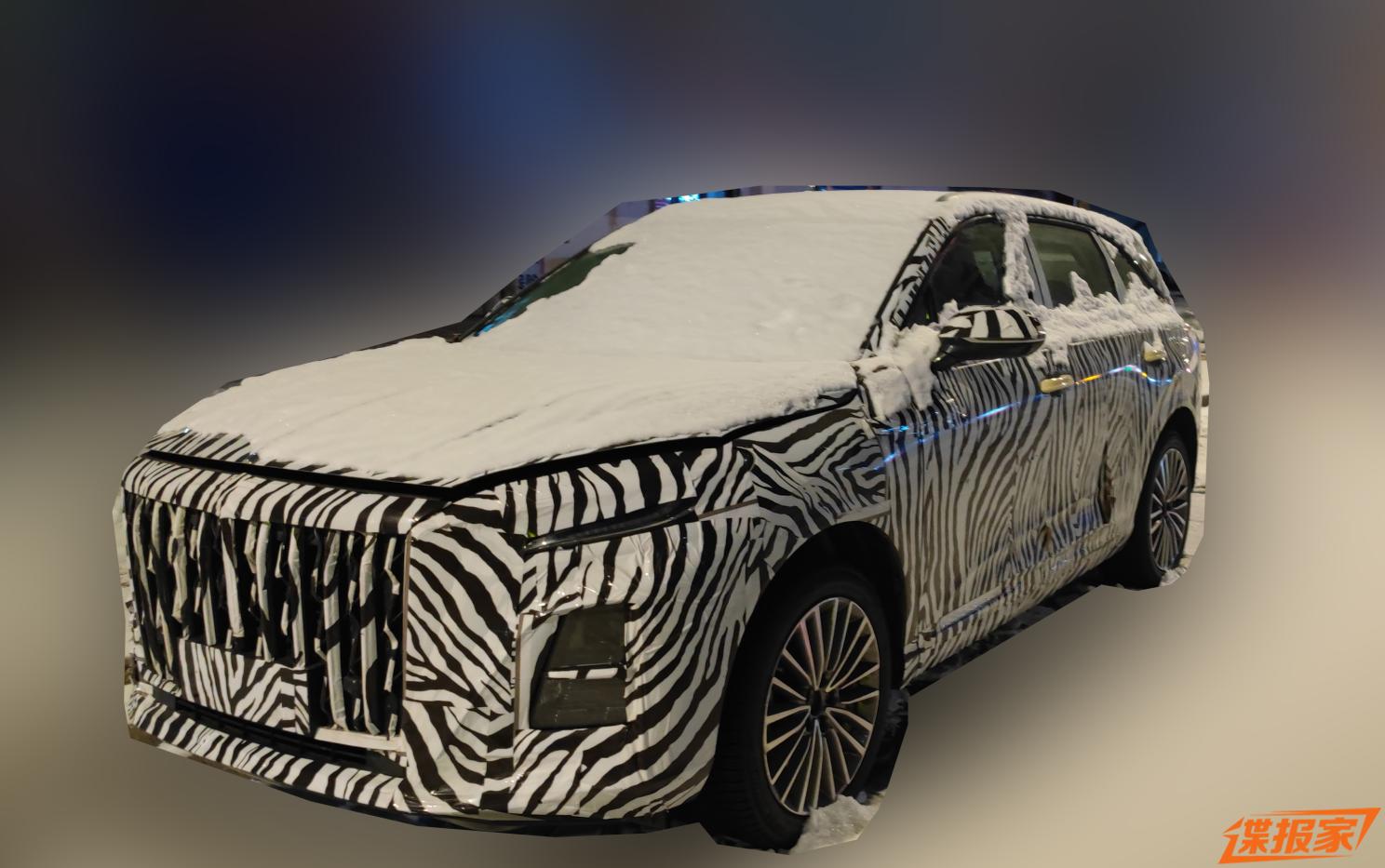 The Hongqi HS3, a crossover SUV sharing the category with the Chery Tiggo 7 Pro, has recently been spotted sitting outdoors in a public area in China. Here are the spy shots of its exterior and cabin.

The company does not reveal how large the gas-powered HS3 is, but it is already selling its electric version named the E-HS3 (see video), which is 4,490 mm long with 2,750 mm of wheelbase. We expect the petrol car to be similar or even the same.

The body is disguised, but there is no mistaking the two-tier headlights, the signature Hongqi front grille with sparse vertical bars, upright taillights and a slanted glass dome typical of coupe-like SUVs.

The interior is quite typical of a modern premium vehicle from China. The infotainment system is installed in a portrait orientation and looks at least 13 inches large corner-to-corner. The seats boast tall backs that appear to wrap around the headrests in an unusual way. The hardware controls are scarce all around.

All powertrain specifications and the launch date remain unknown. It seems likely that the car goes on sale sometime in 2023.