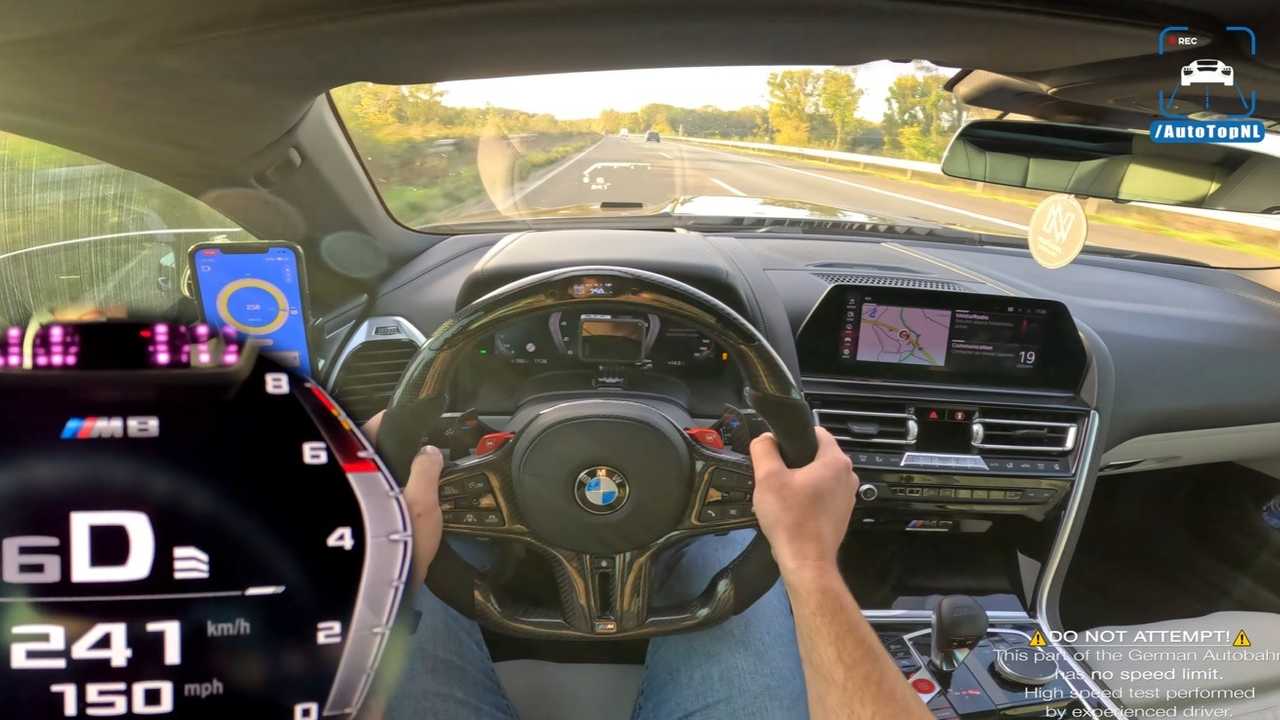 The M8 is one of the most powerful production cars BMW has ever made, but this fact never stopped enthusiasts from fiddling with its 4.4-liter stock engine. In AutoTopNL’s latest video, such a modified car tries to hit its manufacturer-rated top speed on a German speedway.

The tuning saw the engine rise to 800 PS (789 hp / 588 kW). But will it be enough for the soft-top convertible to reach 300 km/h (186 mph)? The video – which is just 3 minutes 31 seconds long – takes us to an autobahn where certain stretches are not speed-limited at all. This is where the convertible tries to hit its acceleration ceiling – and ultimately fails, although it does climb as high as 298 km/h (185 mph).

In reality, however, the driver is just reluctant to push the car to its limits. If you look closely, you will see how effortless the acceleration feels all the way until 298 km/h. And the takeaway is, just because your luxury car can move at Formula speeds doesn’t necessarily mean you can afford putting that kind of strain on it.