Insane dual-jet superbike heading to an auction in the USA 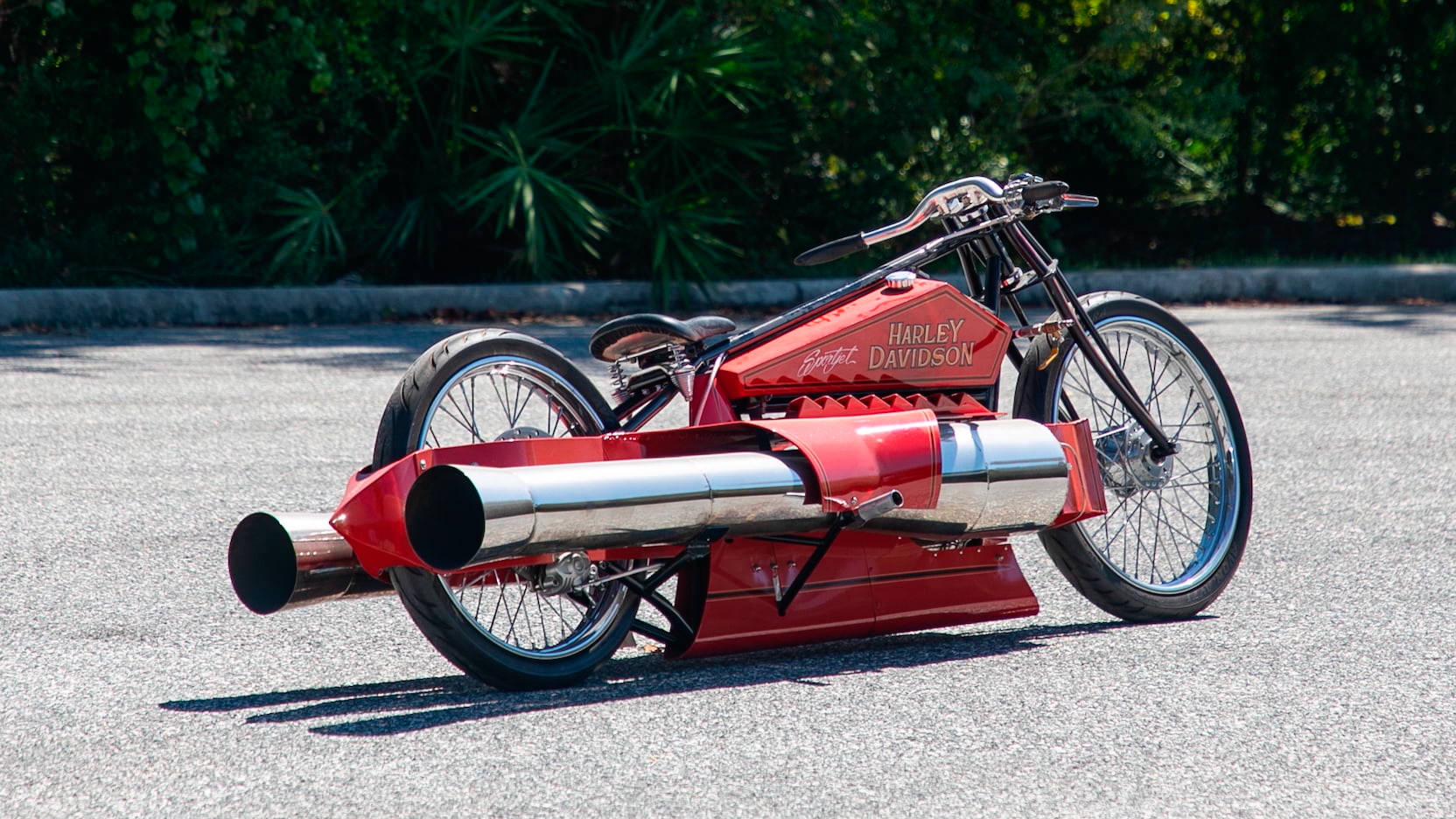 A unique rocket bike designed by engineer Robert Maddox with twin pulse-jet engines will cross the auction block in North America in early January 2023. Passing similarities with the 1929 Harley-Davidson racing bike notwithstanding, the project is unrelated to the famous brand.

Power for the jets comes from regular ON87 gasoline. Out of all parameters, the listing only mentions the sprint time from zero to 60 mph (96.6 km/h) – around five seconds.

Maddox developed an interest towards pulse-jet engines when he was a kid. Later on, he designed a custom jet engine that he could use to jump off planes in mid-flight and stay airborne for a while before pulling the chute cord. He pulled off numerous stunts like that before settling down as a pulse-jet engine designer selling blueprints and DIY kits. He is known for putting these engines on go-karts, hot rods, and even bikes and skateboards.

Compared to the traditional jet engine, the pulse-jet engine produces its torque in short pulses, rather than continuously. Its advantages include being easy to build and working off various kinds of fuel. Pulse-jets are seldom used on a large scale due to their high fuel consumption and noise.