Video: Nissan Qashqai passes the moose test despite giving us a fright 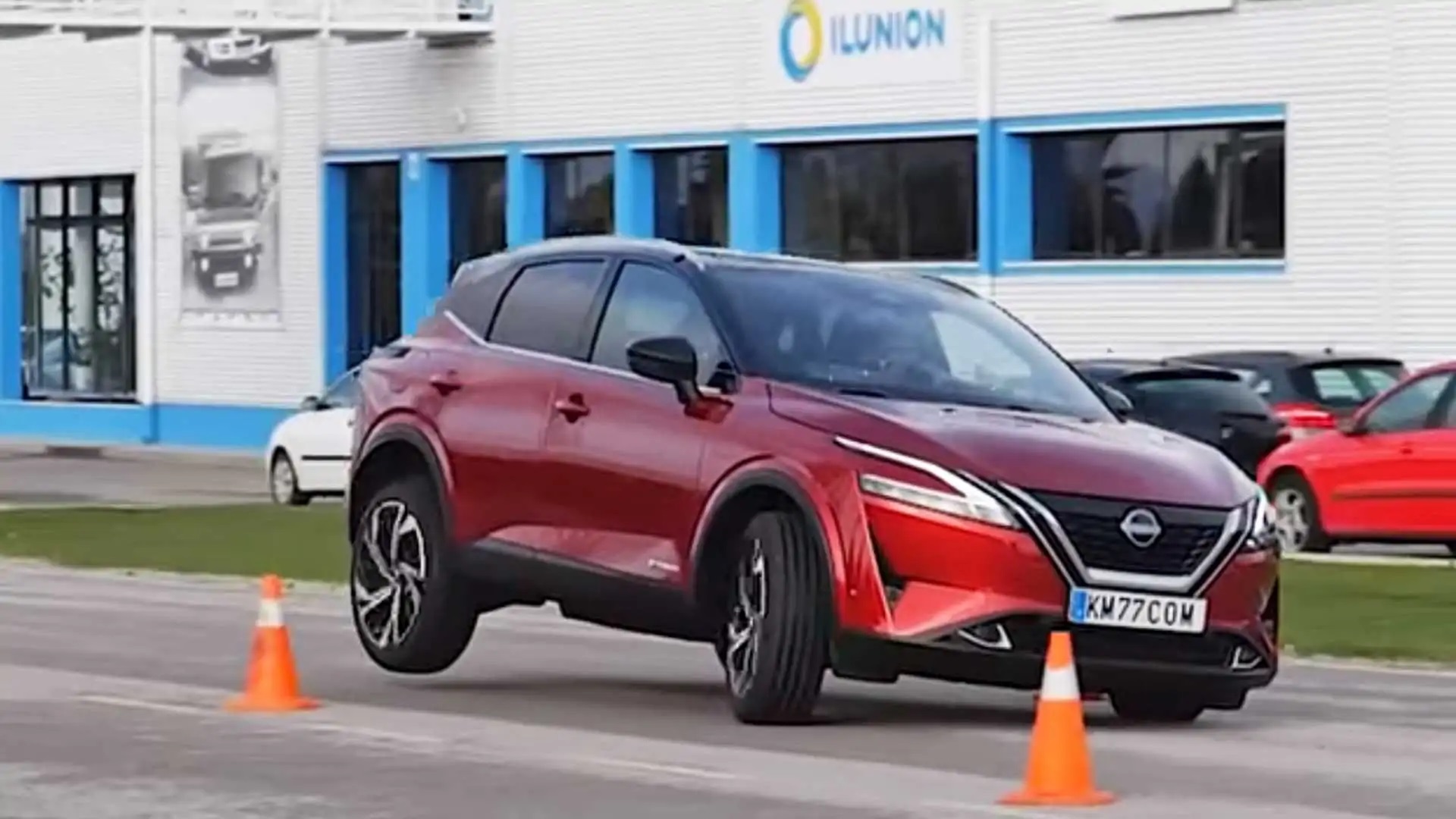 The YouTube team of km77.com has uploaded the test footage from a moose test it recently put a Nissan Qashqai through. The SUV looks like it is having trouble staying the right side up, but emerges a winner in the end.

As you can see in the footage, the Qashqai rocks heavily, almost losing equilibrium and even lifting one of the rear wheels off the asphalt for a moment. Despite all the hardship, however, it performs all the evasive maneuvers at the test-passing speed of 77 km/h (47.8 mph).

To be entirely objective, the driver who performed the test said things didn’t look nearly as precarious and dramatic from the cabin as they did to the observers who filmed the video.

The bad suspension rebound seen in the video evidences poor suspension settings that enable it to juggle weight from one side of the SUV to the other quickly. A stiffer setting would have been preferred for such maneuvers.

The car tested was a 2023 Nissan Qashqai E-Power Hybrid.