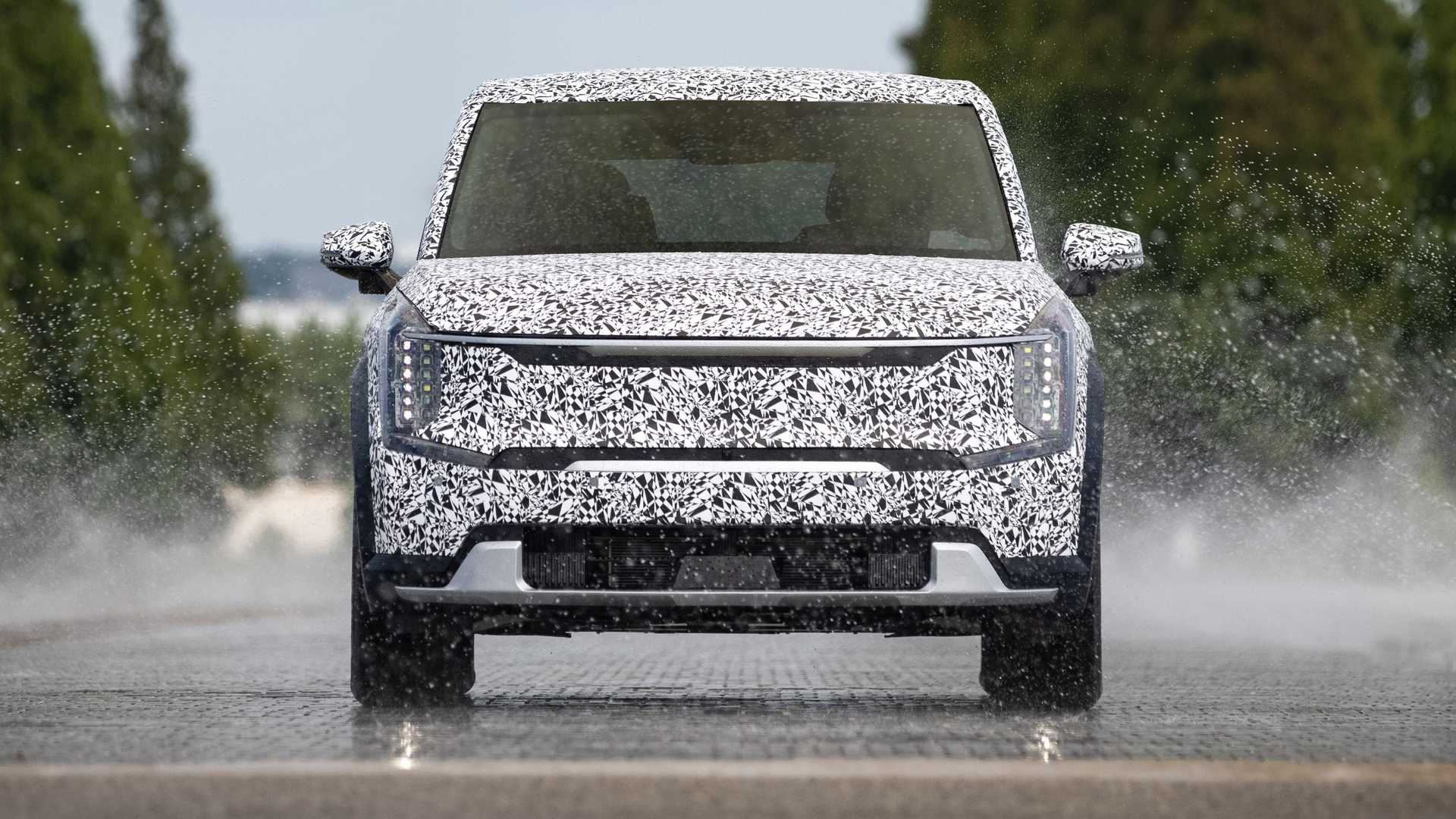 Electrek has posted the specifications that the Kia EV9 large electric SUV may ship with in the United States. The publication learned that Kia had held a survey among Telluride SUV owners where it let slip the numbers expected for the EV9.

The Korean automaker confirmed the fact, but emphasized that the specifications revealed were preliminary and subject to change later. In a poll sent to the owners, they had to choose their favorite from five different EV9 trim versions.

Next up were two modifications with 406 PS (400 hp / 298 kW) of electric power each, but different seat counts and driving ranges. The sprint time was specified as 6 seconds for both.

The Kia EV9 is expected to go on sale in the United States in late 2023 or early 2024 priced between $56,000–73,000. The company once again pointed out that the trim list, features and specifications are liable to change before the production start.