Check out the Cyber Roadster, a Tesla EV with a mixed identity 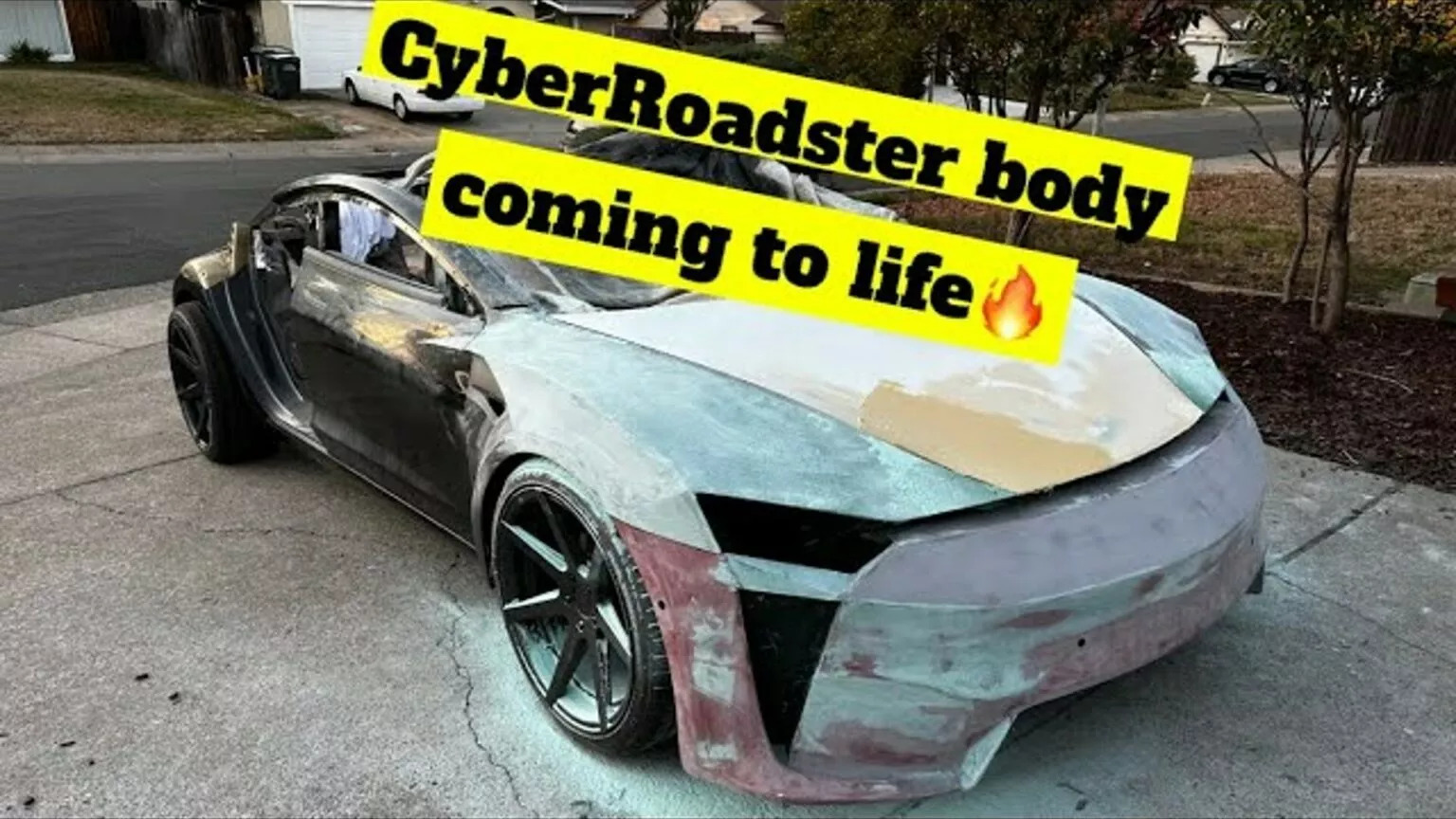 After several years in development hell, the Tesla Cybertruck might finally be ready for production this year. Many of us have already stopped hoping and waiting, but talented mechanic Denis Andreyev is looking forward to the premiere. In fact, he built two cars inspired by the edgy pickup.

Several months ago, Andreyev built a replica of the Cybertruck with a Toyota Prius C as the starting point. He later put it up for auction. The project we are going to be looking at today is different: it is a wild mixture between the Cybertruck and the Tesla Roadster running on Model 3 underpinnings.

As you can see, the vehicle has two doors and largely new bodywork all around. The windshield is swept back a fair bit, and the hood is much bulkier than most EV ever need it to be. Angular air intakes and boxy lighting is supposed to remind us of the Cybertruck, but at the time being, the result has much more Roadster DNA in it.

The interior is not shown in detail, but we expect Tesla’s signature minimalism there.

Be sure to watch both videos for some valuable insight into such large-scale conversions.