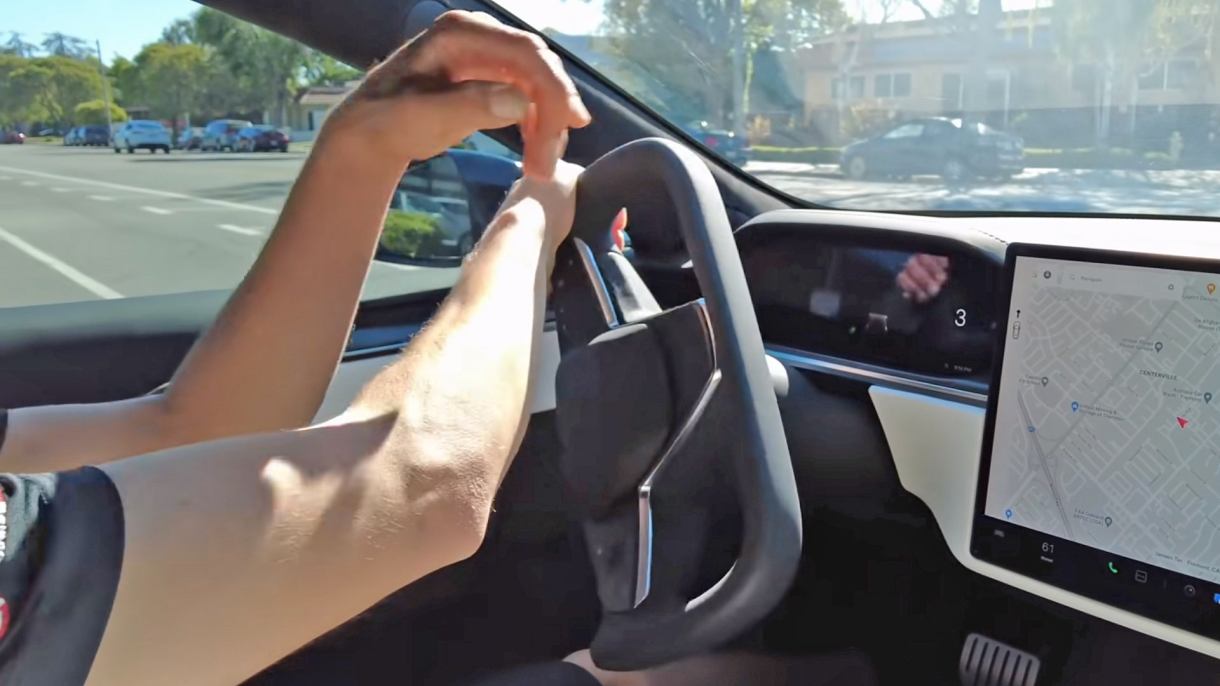 Asked in Twitter this weekend whether Tesla will offer a standard steering wheel option for the new Model S, CEO Elon Musk replied simply, ‘No’.

The reinvention of the wheel has already attracted plenty of criticism from owners, who claim that, while it may look cool, the yoke wheel makes three-point turns a harrowing experience because you cannot change grip safely without taking your eyes off the road.

Apparently, Tesla has a different standpoint here. According to its explanation, the lack of the upper part of the wheel improves the visibility of the the digital dash while forcing the driver to hold the wheel correctly at all times.

Before unveiling the next-gen Tesla Model S, the EV maker actually shared a few cabin pics with the normal round wheel still in place. Had it been considered as an option? Perhaps we will never know.