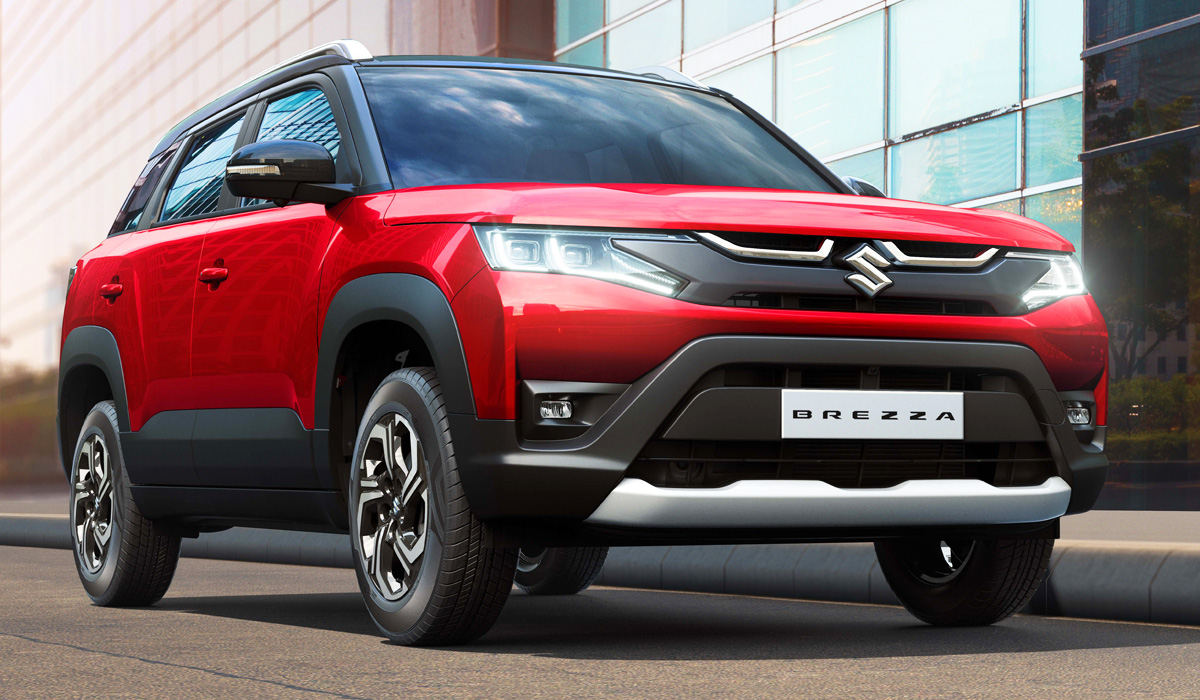 The old Maruti Suzuki Vitara Brezza had sold 700,000 units over six years, and the next generation is coming to the market in India now without the ‘Vitara’ part of the name and an asking price of 7.99 Rs Lakh.

The new Brezza is a crossover SUV based on the subcompact Swift model, making it under four meters long. Cars this small are eligible for major tax deductions in India. The width and wheelbase length stay the same as before at 1,790 and 2,500 millimeters, accordingly, while the height has grown by 45 mm to 1,685 mm.

By default, the crossover comes with a ‘rugged’ plastic body kit consisting of a large number of parts. Those who want even more off-road-friendly appearance may opt for a package called Terrascape.

In its top trim version, the new Brezza boasts LED lighting all around, a heads-up display inside, all-around view cameras, and a nine-inch infotainment touchscreen. The airbag count goes from two to six in the top spec.

Powering the next generation is a 1.5-liter naturally aspirated engine good for 103 PS (102 hp / 77 kW) and 137 Nm (101 lb-ft) of torque. The engine comes equipped with a start-stop system and links to the same old five-speed manual transmission. If you would rather have your gears switched for you, you now get a six-speed automatic transmission instead of four-speed. The manufacturer says a bi-fuel version of the SUV running on gasoline and methane will be added to the lineup later.

The interior only has enough room for four passengers, with the rear row equipped with two headrests and safety belts. Other than that, Maruti Suzuki evidently took individual features from the recently facelifted Baleno hatchback.