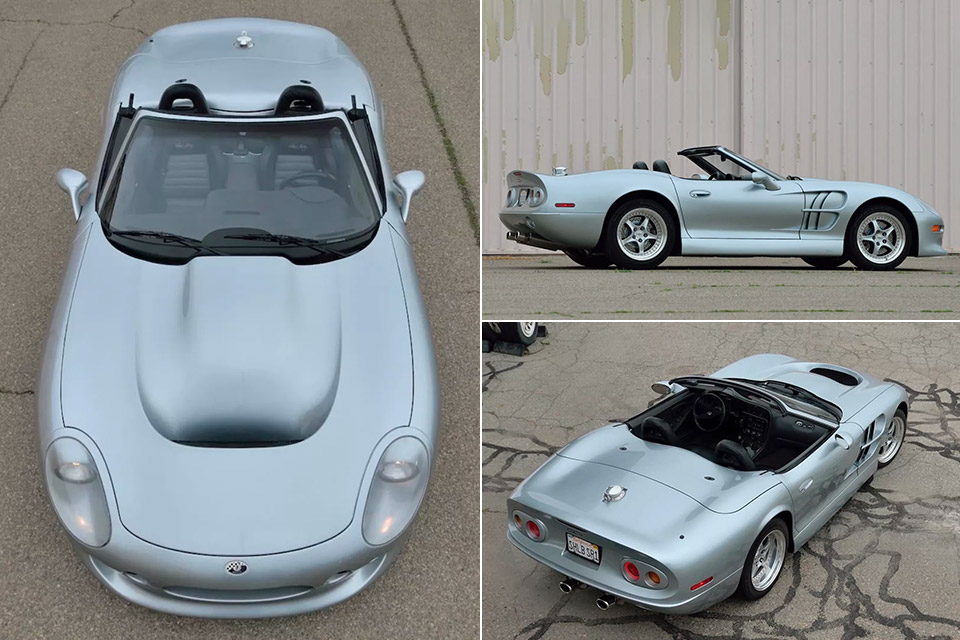 A Shelby Series 1, the last example out of 249 such cars put together by Shelby American, will be heading to an auction in the United States in March with barely any mileage on it.

Shelby is most known as the designer of the original AC Cobra sports car based on the UK-made AC Ace Roadster chassis, as well as the creator of the high-end Mustang modifications together with Ford. He also worked with a number of other businesses, though, and participated in designing the Dodge Viper, among other iconic vehicles,

The Shelby Series I (see video) came out 24 years ago and looked obviously inspired by the Viper. However, rather than housing a Ford or Dodge engine under the hood, it had an Oldsmobile mill there. The four-liter V8 churned out 320 horsepower at first, but a forced induction upgrade that followed raised its output to 450 hp. Every car out of the 30 units made in total could sprint 0-96.6 km/h (0-60 mph) in 3.2 seconds.

It is not stated anywhere what engine modification the Shelby Series 1 on sale has. It is the last example produced, though, as evidenced by Shelby’s own signature on the carbon-fiber engine bay lid. The mileage is at 4,660 mi (7,500 km). There are no price estimations yet.