Check out a near-perfect Ford Ranger off-roader for $0.3M+ 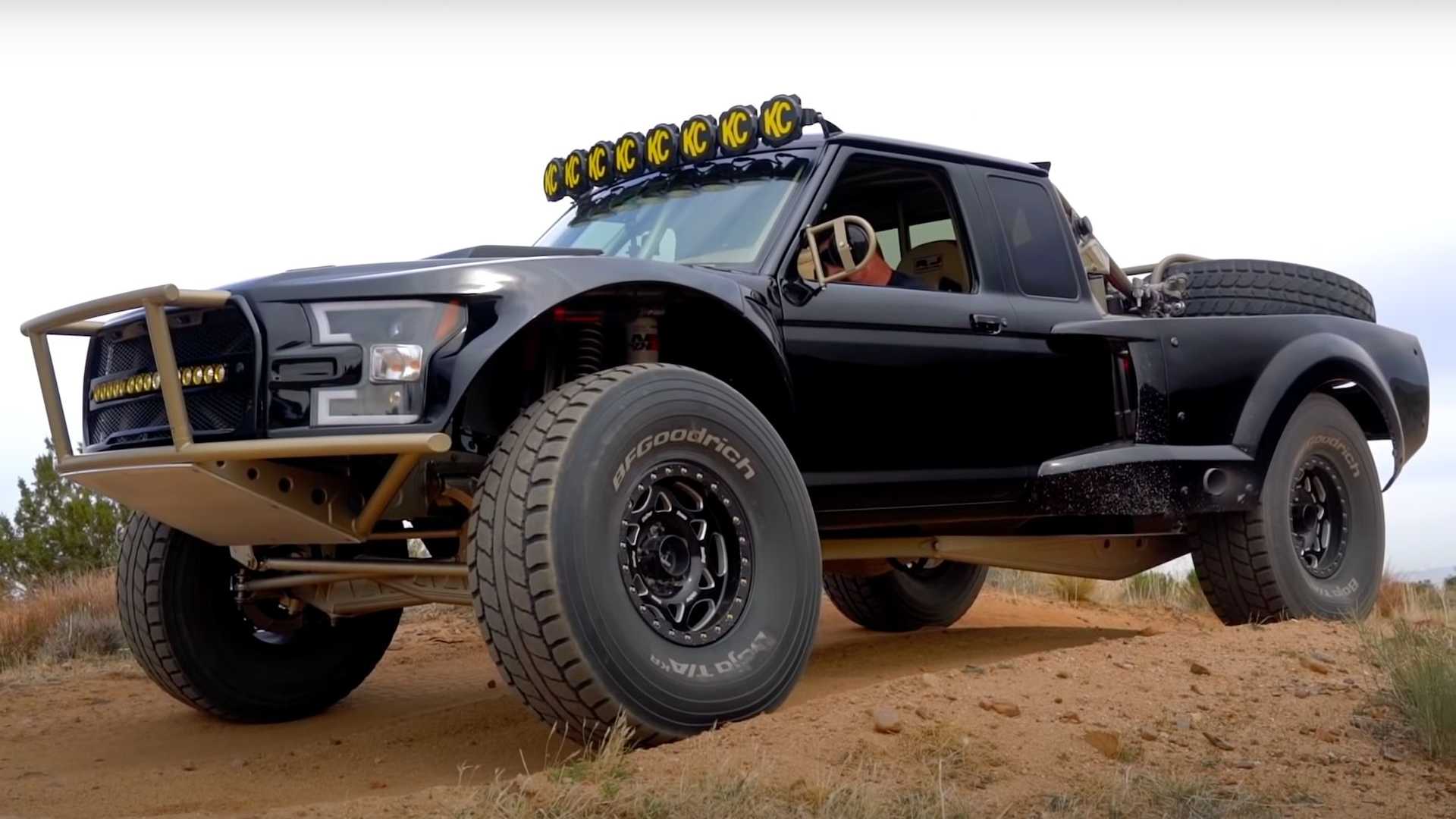 Serious off-roaders usually eschew comfort in return for maximum utility, but the Ford Ranger Luxury Pre-Runner accepts no such compromises. It can plow through the worst of dirt and dust and still manage to keep its deluxe cabin squeaky clean.

California-based tuner RJ Fabrication and its founder Rob Lindsay made every effort to tune the compact-sized Ranger completely out of proportion. Our favorite highlights include the Raptor front fascia, the tubular framework underneath the chassis, and the bed filled with exposed hardware, such as Fox shocks and coolers, as well as two spare wheels.

The team put the truck on Summer Brother tires and high-end coilovers whose travel amounted to 512 mm (20 inches) in the front and 717 mm (28 inches) at the rear. A Chevrolet Iron Big Block V8 assumed its place under the hood, hitting the wheels with 690 PS (680 hp / 507 kW). With all of the above in consideration, we cannot imagine an off-road obstacle this Ranger wouldn’t be able to conquer.

The car – which also packs a luxurious cabin – took four years and a half to build, and cost a whopping $350,000 USD. Be sure to watch the video where Rob puts his creation through a series of rigorous off-road tests at full throttle.