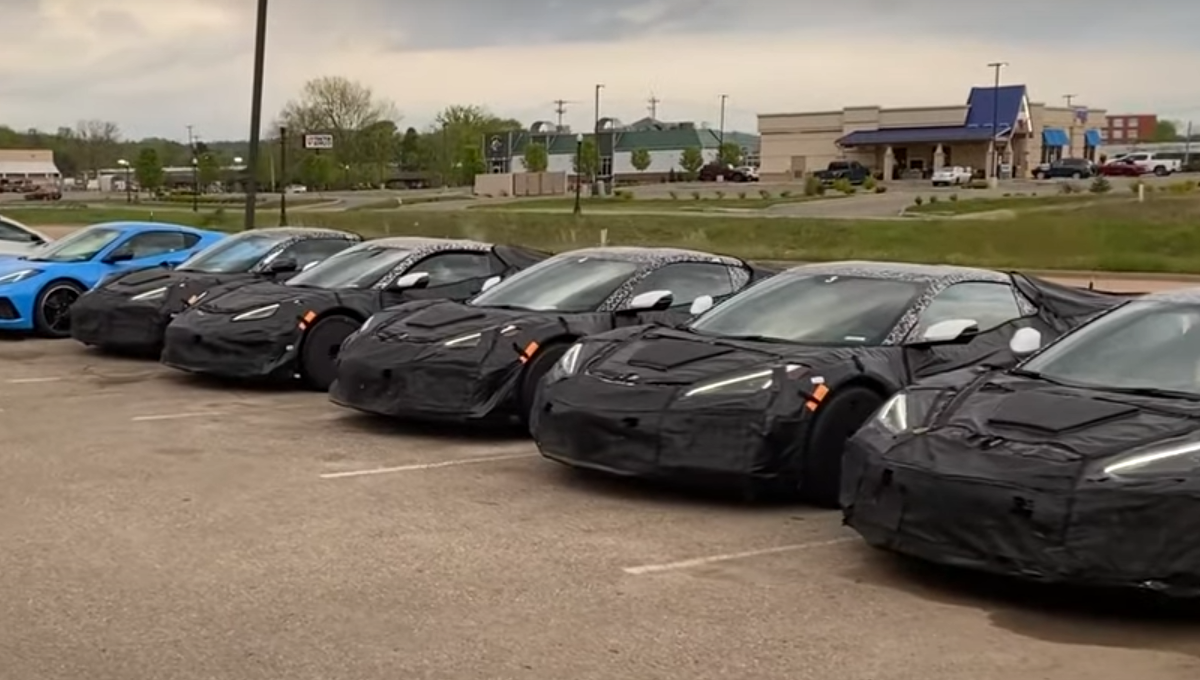 Car spotters have tracked down as many as five C8 Corvette test vehicles accompanied by Corvette project execs on a filming set, probably because the team was shooting a documentary about the Z06 and ZR1 models.

One of the cars has exhaust tips at the sides, while the other four – likely Z06 – have those in the middle. According to reports, the latter model will borrow the 4.2-liter V8 with dual overhead camshafts from the Cadillac Blackwing and use it to slam the wheels with 617 PS (608 hp / 454 kW).

Rumor has it that Chevrolet is ready to start producing the Corvette C8 Z06 in a few days, and should launch sales in July or earlier.