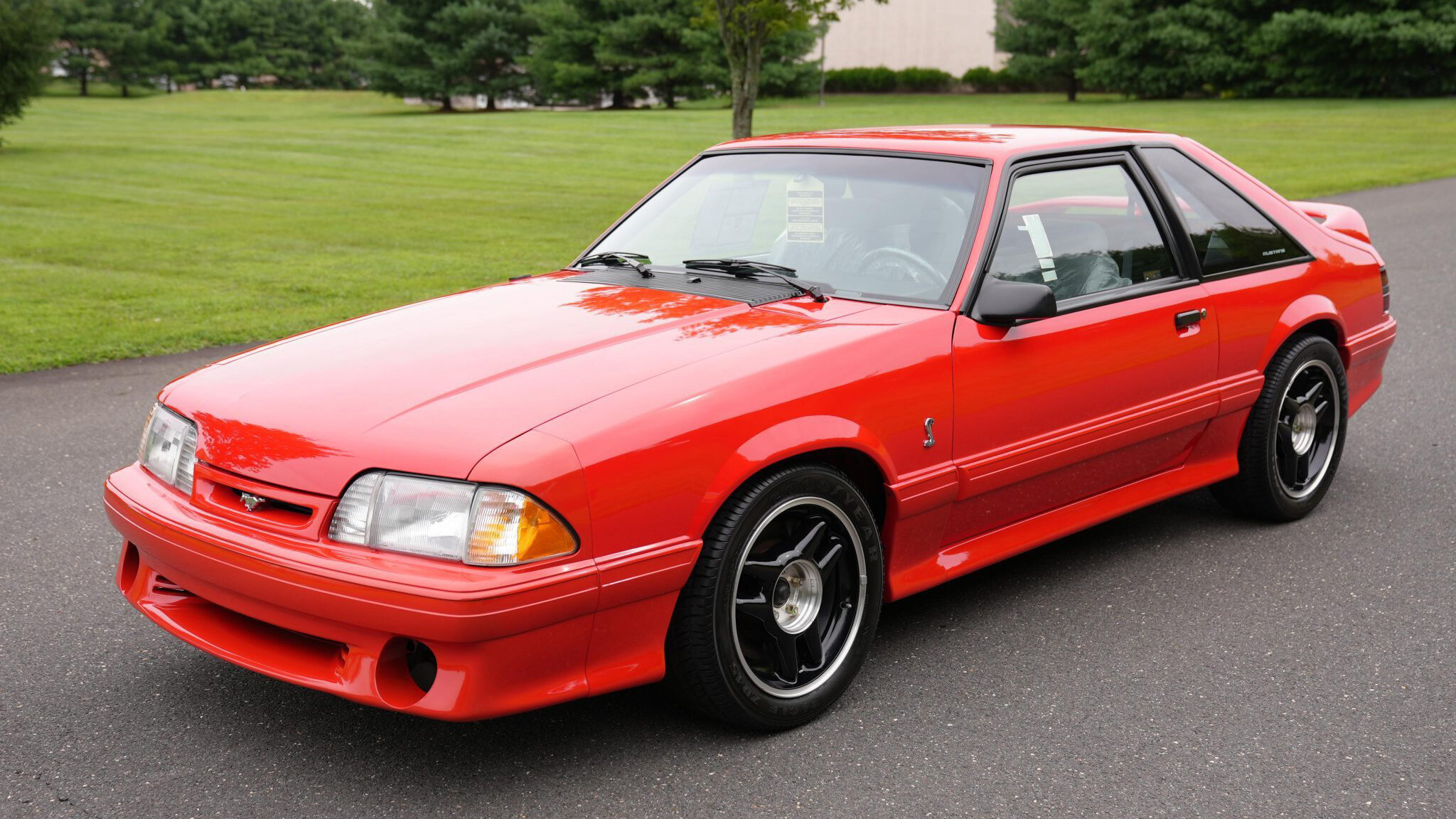 This pristine, delivery-mileage 1993 Ford Mustang with OEM protective film still draped over the seats has recently been sold for U.S. $132,000, five times the cost of a brand-new one ($27,000). The reason? It’s an SVT Cobra R manual spec.

That generation came to an end in September 1993, and only 107 cars ended up outfitted to the SVT Cobra R specification (watch the video for an overview). This specific example was number 7 in its batch.

A five-liter V8 under the hood made 238 PS (235 hp / 175 kW) and 386 Nm (285 lb-ft) of torque. The Cobra R additionally featured performance brakes, improved cooling, revised steering and upgraded suspension with Koni components. To minimize weight, it had no rear seats, AC or audio.

This car additionally received the optional Competition package, which included 17-inch wheels along with further suspension and braking upgrades.