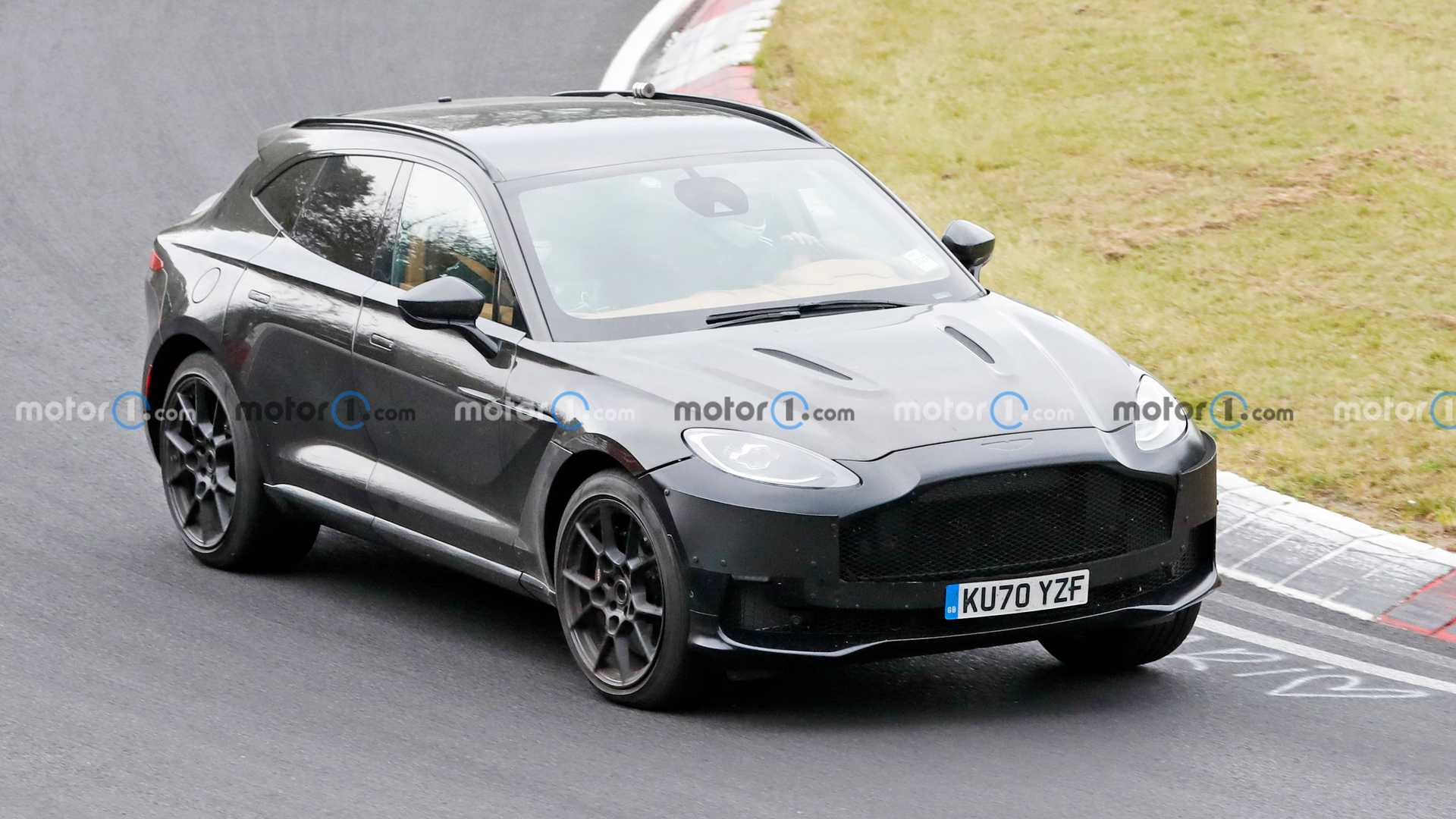 The DBX is a crucially important vehicle for Aston Martin, which relies on it to generate most of its revenue. The future of the DBX family envisions no less than six different models, and it looks like one of them has just been spotted going fast on the North Loop.

This particular DBX has notable changes at the front end: the radiator grille pattern is different, and the bumper is hidden under an impervious layer of camo. Witnesses say a V12 could be heard, but the license plate suggests it was a V8, albeit possibly boosted to a new level of performance, misleading people into thinking it was a different engine.

The current-gen DBX for North America produces 547 PS (539 hp / 402 kW). It isn’t nearly bad, but the performance SUV market seems to operate according to the principle of ‘the more, the better’.

A part-electric DBX was spotted testing on the Nürburgring last month.