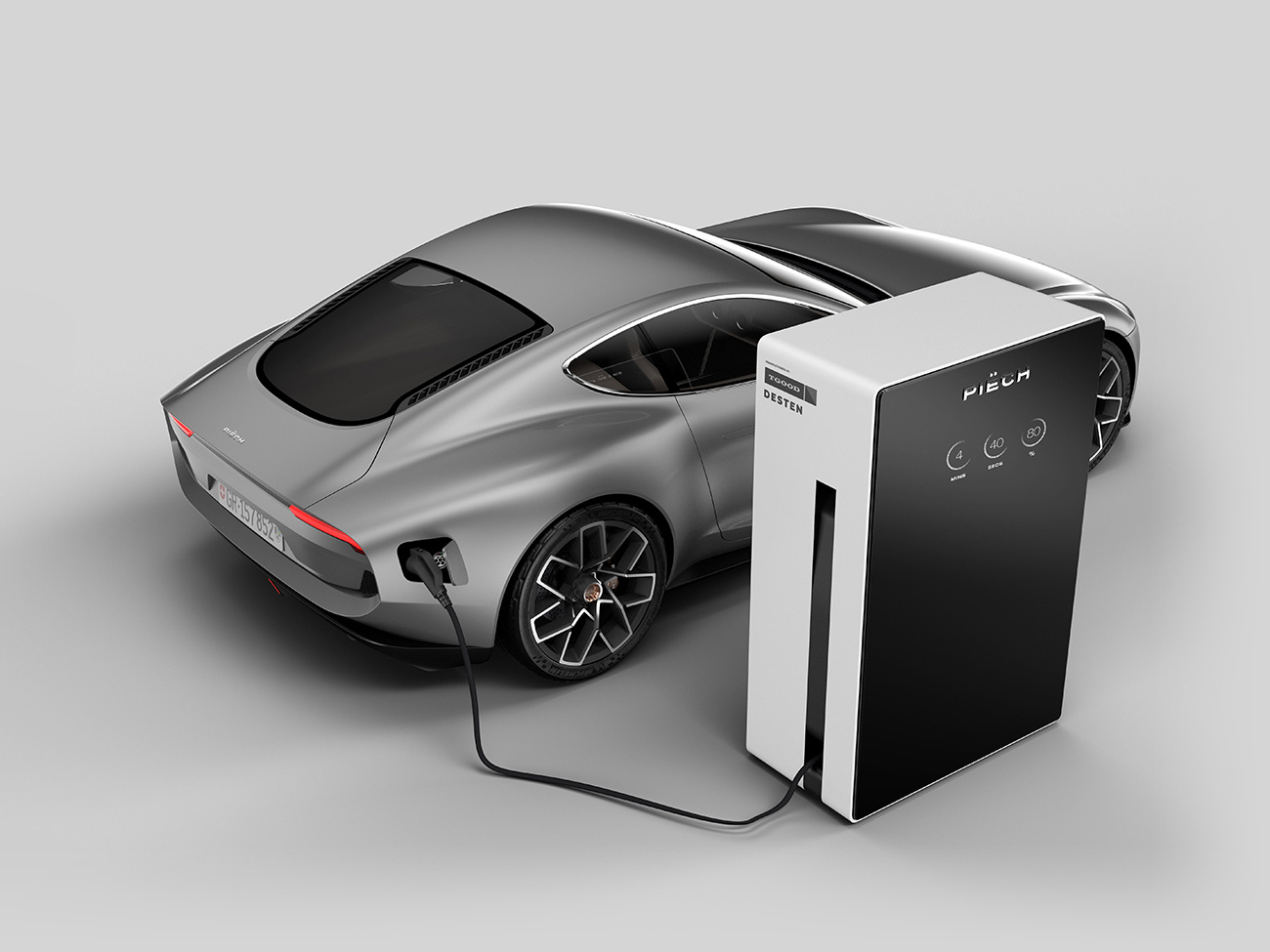 Desten Group has revealed a charging device concept capable of transmitting up to 900 kW to the car, more than thrice as much as the Tesla Supercharger can do. Replenishing 80% of the charge takes mere 4 minutes 40 seconds.

At the time of writing, the recently announced Piech GT supercar is the only vehicle in the world capable of using the Desten charger. It is also not coincidental, because the same company developed traction batteries for it.

Expressed in mileage, one Tesla Supercharger station can replenish enough power for about 1,000 miles (1,609 kilometers) in an hour using its 250kW interface. The Hong Kong company’s solution pumps through 5,095 miles (8,200 kilometers) worth of electricity over the same period.

Batteries capable of this kind of rapid charging feature a specific chemical composition that enables them to operate efficiently without any need for external cooling. Aside from saving time, the use of the technology results in less battery weight. Even when charged at nominal power, the cells only warm up 15 degrees Celsius from their initial temperature. They also withstand over 3,000 recharge cycles, the company claims. With the Piech GT’s promised driving range of 500 kilometers (310 miles), this means a lifetime of around 1,500,000 km (932,000 miles).

Desten Group intends to demonstrate its technology in Europe, North America, Indonesia and Middle East countries soon. In order to do so, it has already designed a test vehicle with a tubular chassis supporting the engines, the cells and a couple of seats. In all likelihood, the company will be primarily looking for EV manufacturers interested in licensing the innovative charger tech. There is no information on any other cars that might use it in the future, aside from the Piech GT mentioned above.