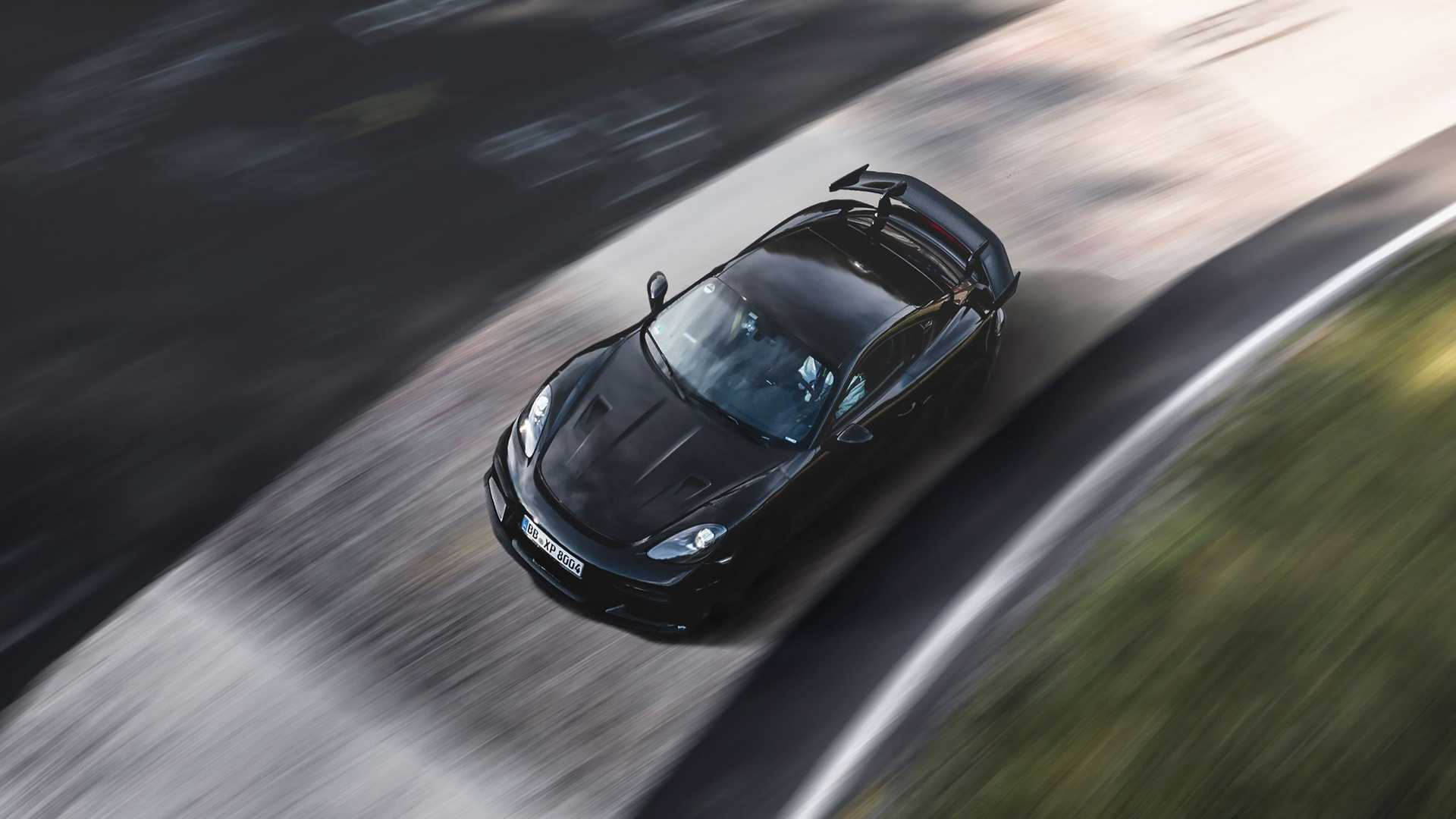 Rumors that a power-boosted RS modification of the new Porsche 718 Cayman GT4 would soon reach the market have been going on since the premiere, and the manufacturer has now indirectly confirmed them by showing the car in the flesh. It is apparently also one of the fastest Porsches out there.

The sports car will officially debut in November, but in the meantime, here are its first official photos and a video. Porsche claims the coupe covered the 20.8 kilometers of the Nürburgring in 7 minutes 9.3 seconds, or 4.8 seconds less if you count the older/shorter distance. This is a whopping 23 seconds faster than the standard Cayman GT4 can do.

For the lap, the sports car was upgraded with a bucket seat and specialized Michelin tires. Other than that, the RS version has more power, less weight and more downforce than the standard Cayman.