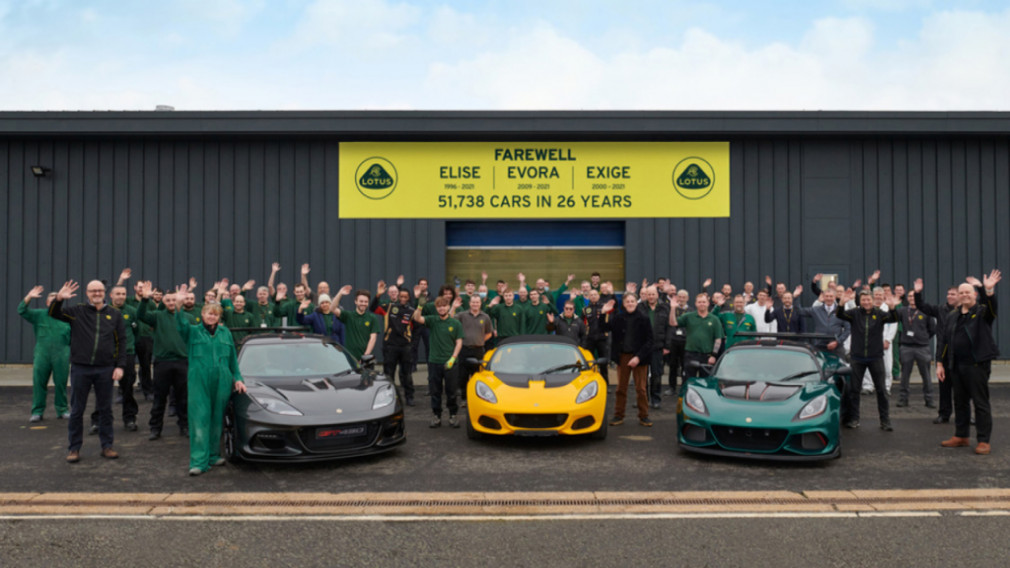 British automaker Lotus has permanently ended the production of three models at once: say goodbye to Elise, Exige and Evora.

The assembly lines used to produce there cars will soon be dismantled to make room for the marque’s newest vehicle and its last ICE car, the Emira (watch the video for a reminder).

To say farewell to the Elise, which hit the market a quarter of a century ago, the company will be releasing a Sport 240 Final Edition. The Evora will be getting a GT430 Sport Edition, and the Exige will come out in a Cup 430 Final Edition finished in a nostalgia-inducing shade of dark green. All three ‘finals’ will be made in singular and go straight into the company museum; none will be available for sale.

Lotus reports having put together 51,738 cars over the past 25 years, not counting custom chassis orders from General Motors and Tesla. Lotus chasses were used in the Opel Speedster and the first-gen Tesla Roadster, among other models. Looking back, the company says the three models discontinued today accounted for nearly 50% of its car production volume throughout its entire 73-year-long history.

The Lotus Emira will go into production next spring as soon as the factory is upgraded. The annual target is formulated as ‘up to 5,000 units’.

The Emira debuted this summer with a drastically revised exterior design and brand-new tech. In its entry spec, the sports car will come powered by a turbocharged Mercedes-AMG four-pot rated at 360 PS (355 hp / 265 kW), while the flagship spec will use a 3.5-liter Toyota V6 capable of 400 PS (394 hp / 294 kW).