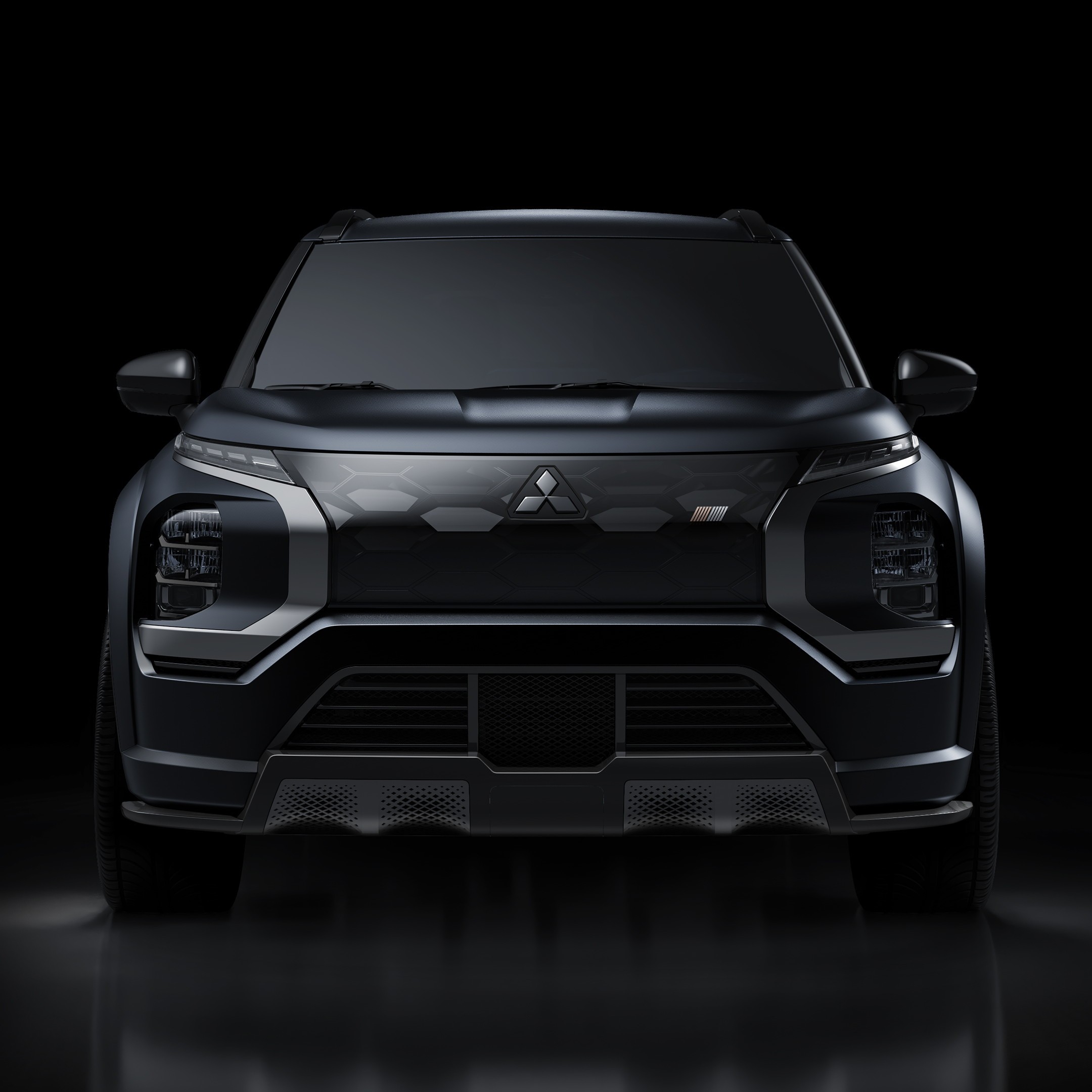 Mitsubishi has begun to lift the veil on its new cars and prototypes slated to participate in the Tokyo International Auto Salon starting on January 14, 2022. There will be special editions of mass-market cars, an electric Kei concept and the Vision Ralliart, which looks disappointingly like the Outlander with some lipstick on.

The Vision Ralliart sports an original radiator grille, wheel arch extensions and a massive front bumper lacking anti-fog lamps of any kind. The side sills are also new, and the wheel wells are filled rather nicely by 22-inch wheels. Other than that, it appears to be a stock latest-gen Outlander. Mitsubishi says nothing about its interior, engine and market prospects.

Then there is the K-EV X Style, a typically Japanese Kei car running on battery power. It previews the future design of such cars with an X-shaped grille, two-tier headlights, an unusually styled bumper and a bi-color body. The prototype will ultimately give birth to a production EV set to debut domestically in late spring.

There is another crossover duo flaunting the resurrected Ralliart badge. Both the Eclipse Cross and the Outlander pictured here come adorned with a variety of “sporty” OEM accessories, contrast accents and stylish black wheels. Both seem purely cosmetic.

Also on the lineup are serious off-road-focused versions of the Delica D:5 and the Outlander. Rounding off the list is the Minicab-MiEV B-Leisure Style, a commercial Kei car prototype running on electric power and outfitted with everything a single person needs for camping. There is a folding table, a folding bed, and a Power Box supply unit that you can use to power kitchen appliances or a laptop.