Predators on the March: Ford Ranger Raptor spied next to Bronco Raptor 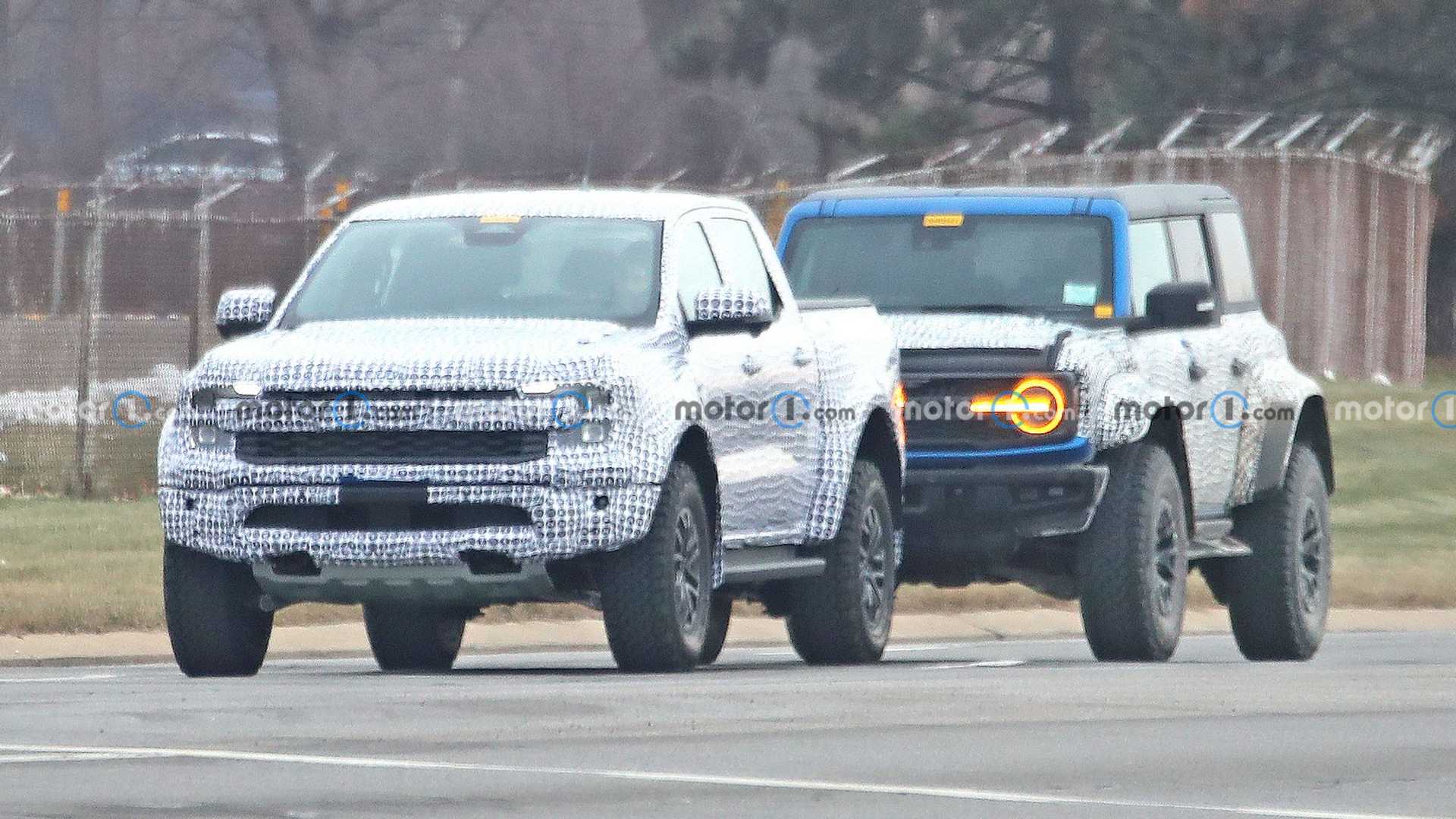 A freshly made series of spy photos shows a Ranger Raptor test vehicle being driven near Detroit next to a Bronco Raptor. The previous-gen Ranger never reached the U.S. market in the Raptor guise, but it looks like the situation may change.

As you can easily see, the Raptor rides much higher than the standard Ranger. It sports a revised suspension and some off-road equipment, including guard plates visible on the photos despite the camo.

The middle bar of the radiator grille remains concealed, but we are willing to bet it has ‘FORD’ written on it in large letters. Dual tailpipes protrude from both ends of the rear bumper. Rumor has it the Ranger Raptor will initially be released with an EcoBoost V6 under the hood, but as we reported yesterday, a V8 variant is also not out of the question.