Rare Maybach crops up on sale for €2.3M 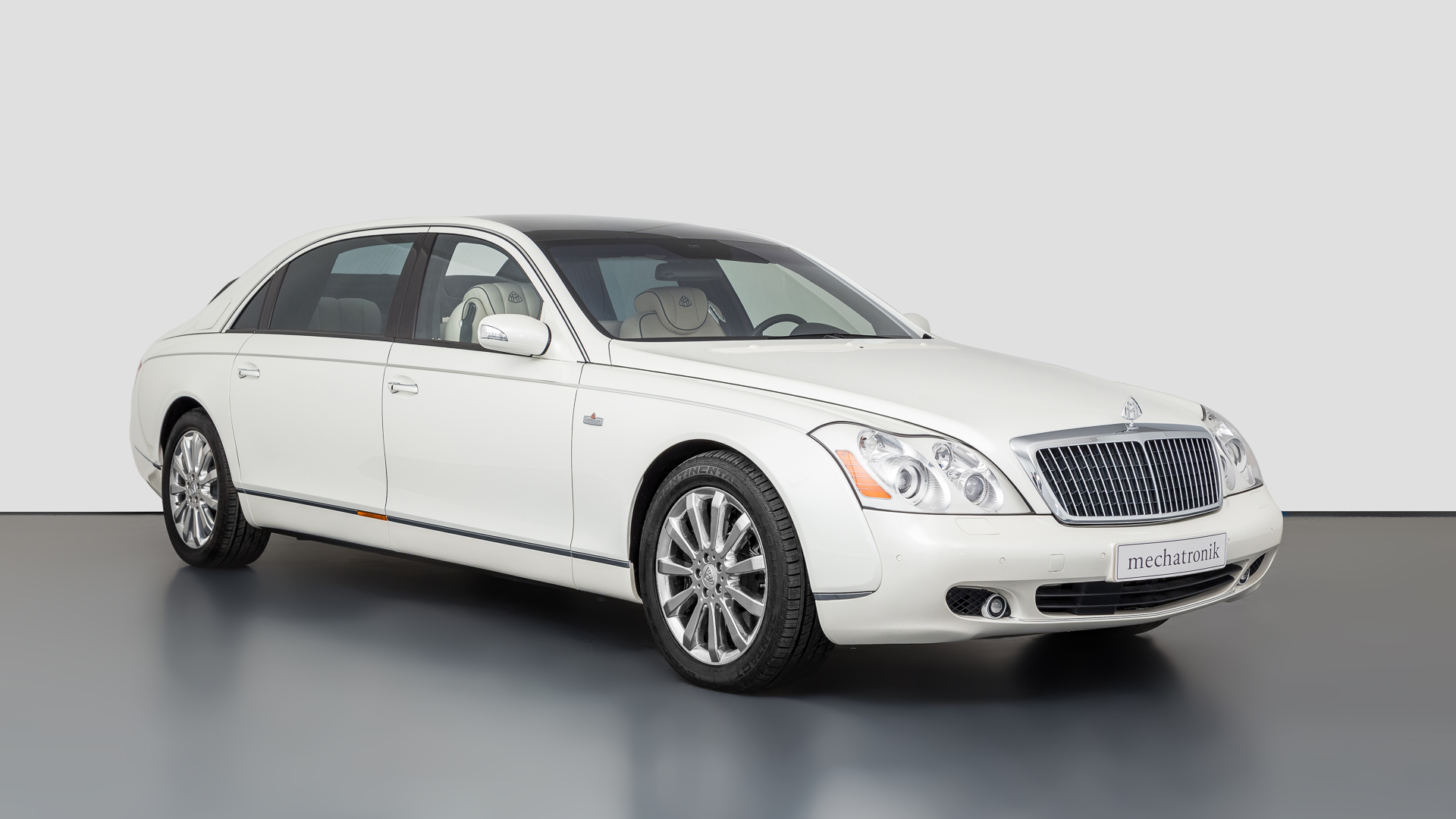 The same car was up for grabs in Russia for ₽130 million. Compared to the standard 62S model, the Landaulet spec had an exclusive roof design (see video). The top starts hard above the front seats, but changes to soft towards the second seat row. You can push a button to fold it automatically within 20 seconds and still have the same trunk size as before.

This particular example combines an ivory body with an interior wrapped in beige and black leather with carbon fiber accents. The seller claims each car received a comprehensive customization from Maybach according to its buyer’s exacting specifications.

The passenger space is represented by two individual luxury seats outfitted with automatic footrests and plentiful power adjustments. Both occupants of the car can enjoy an infotainment system with a DVD player and a couple of monitors. There is also a removable partition and a champagne cooler with two glasses.