Honda CR-V puts on a Godzilla mask, buffs up to 507 PS 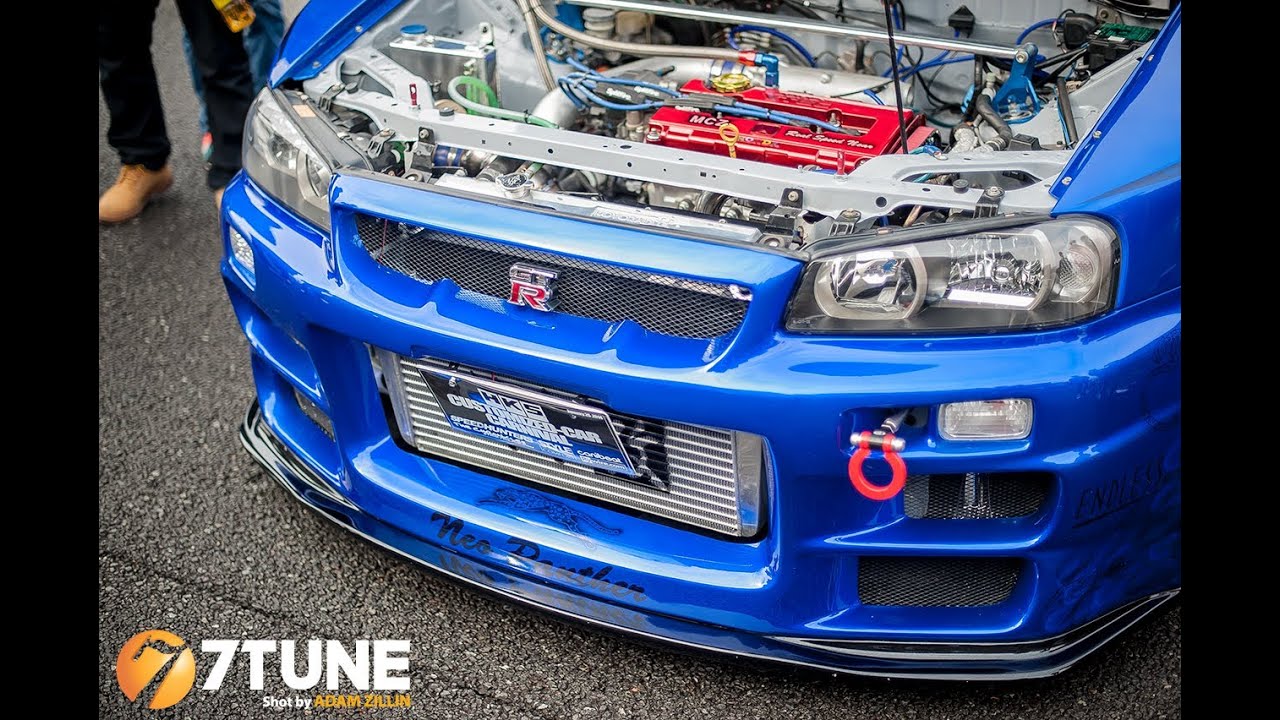 The compact-sized Honda CR-V has never been particularly known for its acceleration chops, but a fan from Japan felt it deserved better. The tuned car hit the Fuji Raceway and proved every bit as impressive as it sounded.

As you can see, this particular CR-V rocks a Nissan GT-R R34 front fascia and sides that make us think of the Nissan Stagea. In reality, though, none of the parts stem from original Nissan cars; it is actually a custom body kit by Top Secret. If you look closely, you will see the discrepancies, such as the lower apron being much taller than that of the original Godzilla.

But enough about the looks. What really caught our attention is the powertrain, which received a powerful Garrett turbo setup and a titanium air intake system. The mods let the engine rev up to 8,500 RPM and hit all four wheels with 507 PS (500 hp / 373 kW) through the stock transmission.

Six-piston brake calipers were installed to control the added power, the tuner claims. The interior ended up with a completely redesigned center console, low-sat front seats, and a multimedia touchscreen in the middle of the dash.