Dodge Challenger write-off gets revived as a Plymouth GTX lookalike 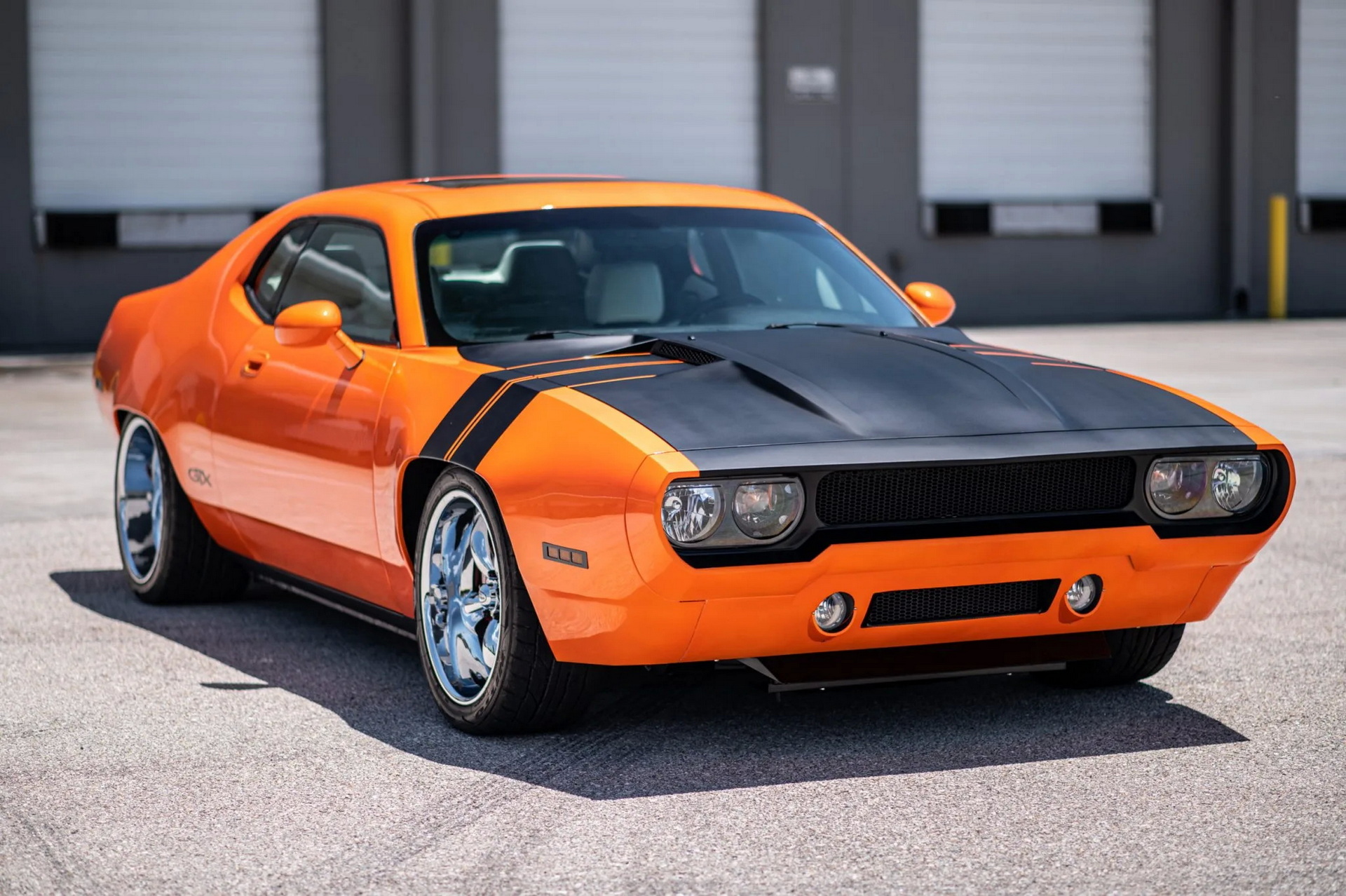 Steve Milabelli of Hendrick Motorsports felt like paying homage to the fine 1971MY Plymouth GTX and ultimately spent four years building a semblance of it based on the 2010 Dodge Challenger chassis.

The donor car was deemed a write-off after a series of unfortunate accidents, such as hitting a deer in 2013 and suffering in a fire a few years later. Mirabelli discarded the old bodywork and instead fabricated a new stainless-steel body for his project. He paid particular attention to the front end with its matte-black hood and striped fenders providing a nice contrast against an orange exterior.

A 5.7-liter Hemi V8 made it under the hood along with a five-speed automatic transmission. Red Brambo calipers and Eibach lowering springs prompt the assumption that the power and torque aren’t lacking here.

The cabin was left more or less stock except for white Katzkin leather seats with some exterior-matched orange stitching. The odometer shows around 156,000 kilometers (97,000 miles) of use.

Despite the mileage, someone apparently loved the restomod enough to pay $63,000 USD for it at a recent auction.