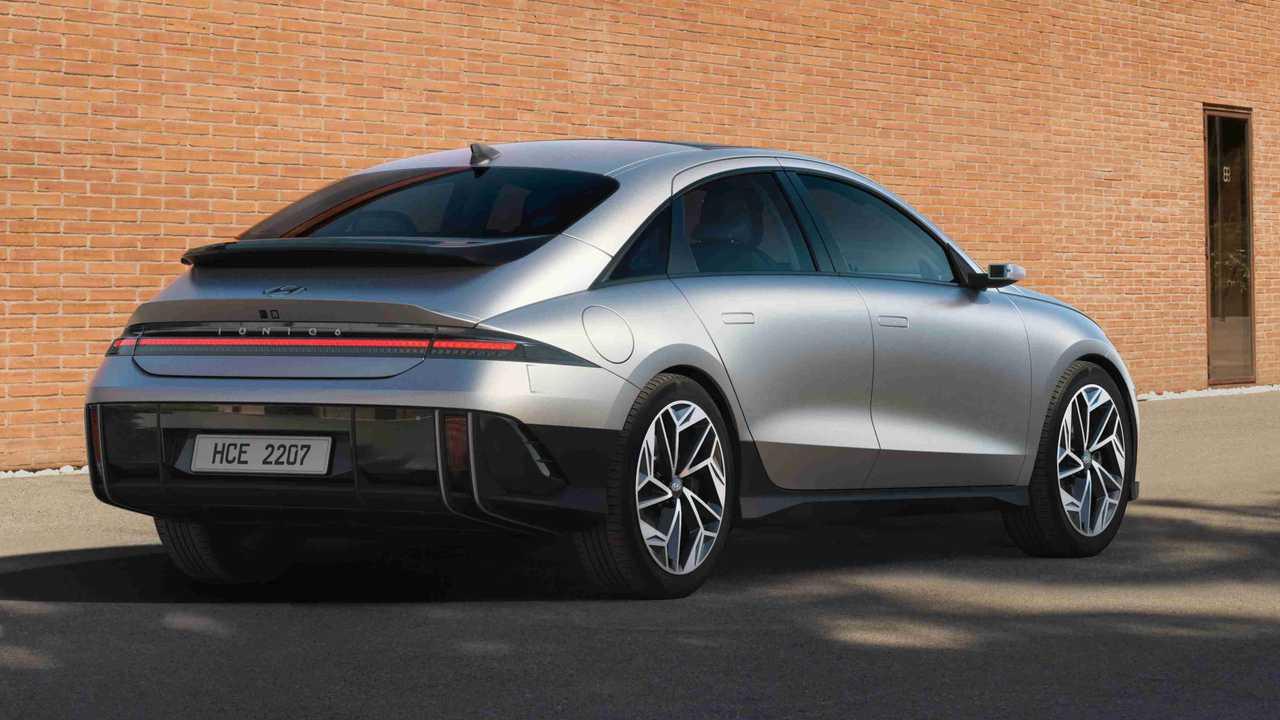 Hyundai has revealed some of the technical specifications of the upcoming Ioniq 6 sedan, which is larger and slightly faster than the Ioniq 5 with up to 610 km (379 miles) of WLTP-rated driving range. The production will begin in Q3 2022.

The car is 4,855 mm (190 inches) long with 2,950 mm (115 inches) between the axles. It has two 12-inch displays inside for the dash gauges and the infotainment system, which supports Android Auto and Apple CarPlay. Four LED indicators on the steering wheel show how much charge you have remaining, and the sat-nav software on board automatically prefers routes with charging stations along the way if the battery is low.

Paid options include ambient lighting, an 8-speaker Bose audio system, and extra-comfortable seats with a mode called Relaxation. Using the latter is recommended while waiting for your battery pack to charge up, which can take a while if you opt for the larger 77.4-kWh pack and not the standard 53-kWh one.

Having said this, 800V internals and 350kW charger support enables the Hyundai Ioniq 6 to replenish its power storage from 10 to 80 percent in mere 18 minutes. You can also power external appliances from your car when needed.