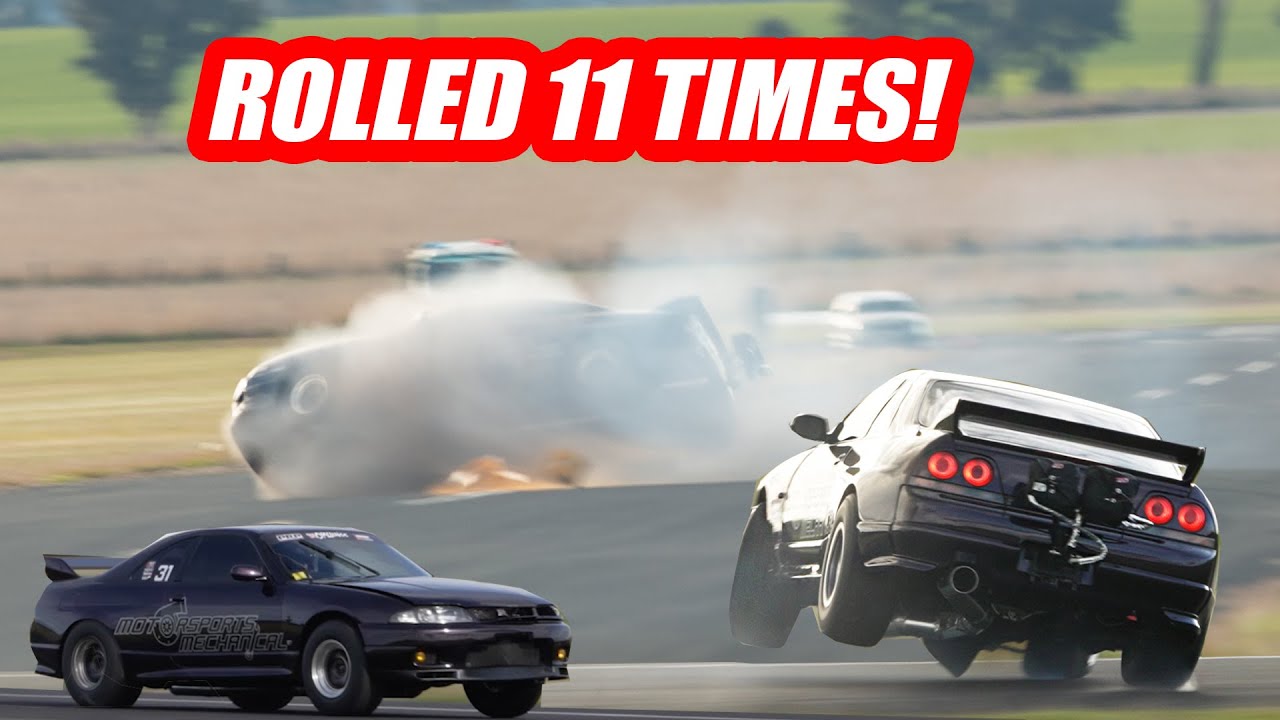 Those who think drag racing is a simple sport have never driven a performance car before. At a drag racing championship held among Nissan GT-R owners in Australia a couple of days ago, one tuned ride lost its grip of the road at 270 km/h (174 mph); look what ensued.

According to Mick Mansour, the driver, his Godzilla was originally tuned to deliver 2,100 horsepower to the wheels, but dialed down to ‘just’ 1,500 hp for the race over safety concerns. In his first run, Mansour manages to finish the quarter-mile in 8.7 seconds. The second attempt saw him improve that result by a further 0.3 seconds. One might think outperforming the Tela Model S Plaid and the Bugatti Chiron with a Nissan GT-R would feel rewarding enough, but the driver obviously wanted more.

He hit the track for the third time and got to 270 km/h, after which the car started sliding uncontrollably to the right. He tried to steer it back on course while flooring the gas pedal, which was apparently not enough. The front right tire flew away the moment it touched the ground at the right side of the track, throwing the car completely off-balance and sending it tumbling over and over 11 times, scattering parts in every direction until it was totaled.

Hard as it may be to believe, Mansour was able to crawl his way out of the cabin and walk away with only moderate injuries. He admitted that he had the bad habit of keeping his foot glued to the pedal even when circumstances obviously called for a slowdown.